Just when I thought South Africa possessed more sophistication than the rest of the continent, The natives have gone and proved me wrong!

Now that I have earned the confidence of the women’s inner circle, they give me snippets of what’s really going down in the community. Sadly as fate would have it, I have to learn Xhosa quickly because the juiciest details are left out in English.

According to Thadiswa, the sotry of how Pee-pee lost his hearing is very different than what I was initially led to believe. If you recall, I said he was born deaf and late last year their pastor prayed for him and he regained part of his hearing.

One day, she stopped cooking lunch for the children and looked me in the eye, preparing to tell me what really happened. Cue the drums and wooden flutes!

“Malaka, come I want to tell you something,” said Thandiswa one afternoon.

“You see Pee-pee neh? He was born like you and me.”

“He was talking, hearing, he could do everything. But one day, when he was a teenager neh? He saw a witch and she was doing something.”

“A witch?” I interrupted. “You mean like a sangoma?”

“Ahh…” Note to self. Find out the difference between a witch and a sangoma.

“When he saw the witch neh, she also saw him. She told him ‘If you repeat what you’ve seen here, you will never talk again!’ And he too, because he was a foolish boy, we went to talk the thing!”

“I see…so what happened?”

She looked very serious, as though she were recounting a tale that dare not be whispered.

“Ah. You see the way he is now neh. So after many years Pastor George was praying for him, so he is hearing small now neh.”

“She dead!” she muttered, throwing her hand backwards to indicate that she died long ago.

“Oh! So she can’t break her spell,” I lamented.

Thandiswa held my gaze before grunting a loud cautionary ‘hmmm’ and returning to her lunch duties. I stood next to her, wondering what I was supposed to do or say next. I opted for nothing.

NB: So let this be a lesson to you children! If you see a witch doing ‘something’ and she tells you not to repeat what you’ve seen, don’t do it! That, and never let the high rises and tarred roads in more ‘developed’ African nations fool you. Underneath it all we are all THE SAME. 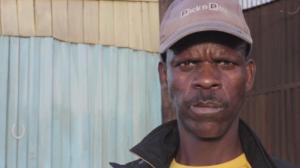 5 Days in Puerto Rico: Day 5 – Behind Her Smile

‘Club Quarantine’ Has Reminded Me Of The Enduring Power of Music

It’s Summer in SA! So Our Family Did Getaway At Teniqua Treetops