Let’s just come out and be honest. When it comes to perception in America, Black women rate lowest on the totem pole. You’ll have to ask an expert or someone from another race as to why that is. For reasons still unknown to me, the general public seems to believe that they can disparage and disrespect Black women, and in we in turn are supposed to kowtow and accept it. If we dare rise up, then we’re labeled as “uppity”, “sassy”, “black b*tches” or whatever the pejorative of the day may be.

Most Black women – or at least the ones in my circle – aspire to emulate this: 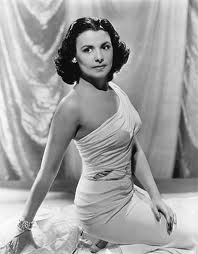 However, the general public think we all behave like this:

And to that end, they treat us like this:

For my own part, I’ve been blessed to slide through awkward social situations involving people of other races, genders, age brackets or a mix of all three unscathed and/or without inflicting the most dreaded of all incidences: the Black woman cuss out.  This can manifest itself in several ways from the least severe (a dismissive eye roll) to the most terrifying  (the snatching off of ones’ own earrings). I found myself in the center of this fearful paradigm on Friday evening.

I have a problem with my mouth. (Shocking: I know!)

I curse, and have been known to curse to sordidly that I’ve had former Marines ask me to stop. In former years, I cursed as easily as I took breath, and in doing so had my husband afraid to introduce me to his parents. I had better since than to ask them to pass me the f*ckig salt at dinner, but his very genuine fear that I would disgrace him and insult them helped me bridle my tongue. I am now happy to report that I only curse when under extreme duress.  It’s rare that the Hulk in me ever manifests.

So when I walked in CVS on Friday night to fill my son’s prescription, I was not prepared for what was about to happen next. You see MOM Squad, I found myself in the throes of a verbal tornado, and there was an old White woman caught in the midst of it. Yes, you heard me right: I cussed out Ms. Daisy.

And LAWD did it feel good. Wait! Don’t judge me until I tell you what happened.

Stone had been sent home from daycare early on Thursday afternoon. His eyes were red and swollen and the director said the words that are death to a mother’s ears.

“I suspect it’s pink eye, but I don’t know,” she said. “Anyway, we can’t keep him here and possibly infect the other kids.”

“I understand,” I replied, gathering my son to me.

His father took him home and nursed him for the day. I had to work, but as soon as my shift was over, I raced to the pediatrician to get a diagnosis.

“It could be viral, bacterial or allergic,” she said non-committedly. “Either way, we’ll treat it as bacterial since he’s been rubbing his eyes and now they’re definitely infected.”

“Yes of course it is,” she retorted. “His eyes are pink.”

She gave me a prescription and said a dismissive goodbye. I drove to the pharmacy to drop off the prescription, hoping that Stone wasn’t contagious. I was certain I couldn’t handle the stress of having 4 kids with conjunctivitis.

The pharmacist at the drive through window was very sweet.

“When would you like to pick this up?” she asked.

I went through the errands I had to do in my head and was silent for a while.

“We’re open till 10 pm,” she said, interrupting my thoughts.

She said she would have it waiting for me.

When I showed up at the counter at 8:15 pm, there was a short line and my prescription had not been filled. She’d lied.

A 40-something year old White woman with dirty blond hair and varicose veins running the length of both her legs sat with her legs crossed – in a very masculine way if I might add – on the chairs to the right of me. Beside her sat a tanned Hispanic man, who greeted his cousin/nephew/brother/son and his  two kids in Spanish. His bedraggled wife crept up behind the trio. An older White man in a navy polo walked up to the counter where I was waiting as well.

“Sir, we’ll be right with you,” the pharmacist called.

He nodded in acknowledgement. She had failed to acknowledge me, but as a Black woman, I’m accustomed to being looked over until everyone else has been served. It truly doesn’t bother me. What happened next, did.

The pharmacy was terribly understaffed, and the two women behind the counter were beginning to show signs of stress. One customer decided she couldn’t take it anymore. She left the confines of the room, went outside, walked up to the drive through window, and demanded her meds. All I could make out from her torrent of screeches were the words “baby”, “breasts” and “lactate”. Ewww.

After the Arabian looking pharmacist chided her for being impatient and instructed her to “hold on” the cocoa colored pharmacists with braids and glasses hurriedly gave her her prescription and sent her on her  ratchet way. Everyone laughed nervously when it was over. The man in the navy polo was served next, and I was next in line. That’s when the trouble began.

“I am”, said an unrefined, authoritative female voice.

I turned around to see who it belonged to.

“No you’re not!” piped another female voice. “I was here first!”

The one making the objection belonged to a thin young woman with barrel curled brunette hair. She was wearing dark washed jeans and a red and white polka dot blouse. Very cute…very put together. The  other voice belonged to a  woman who was the very antithesis of cute. She had mousy brown hair cut into a half mullet, as though the barber had given up on styling it, which was sprinkled with wiry grey hair. She wore glasses and a keyhole white shirt at least 2 sizes too large for her. Her steel framed glasses completed the look, making her look like a caricature from a modern Dickens novel.

“I’m NOT trying to cut the line,” she roared at the younger woman. “There are TWO lines!!”

She turned away from her and muttered a few choice words. God damned stupid a** B*TCH.

The younger woman seemed taken aback and scowled in silent anger. Like a good Southern girl, she had not confronted the elder woman.

I too didn’t come to the younger woman’s defense. After all, this was two White women having a tete-a-tete. Who was I – but a lowly Black girl – to get involved? I ignored the pair of them… until I felt something unsettling on my neck. It was the breath of the older, evil woman.  She was so close that we almost had genital contact. Ugh.

I turned around and glared at her.  She glared back and continued to breath. I inched up closer to the counter, willing the cashier to help me as fast as she could. 3 minutes passed and I still had not been helped. The old mouse woman seemed to have crept closer. I glared at her again from the side, but she didn’t seem to understand that she was in my personal space. Finally I couldn’t take it anymore. I turned 180* to face her.

“What?!” she groused with irritation.

Oh no she didn’t.

“What do you mean ‘what’, like you ‘bout to fight me?” I thundered.

“You’re too close,” I sneered.

“Too close?” she said mockingly.

The woman backed up when she saw my nostrils flaring and afro shaking. Behind her I saw Ms. Southern Belle nod with enthusiasm.

Not to be undone, the older woman began to mutter under her breath, just as she had done before. Oh no, not this time. Before she could finish uttering the word “damn”, I spun around and roared

She didn’t say another word for the rest of the evening. But I did.

I very sweetly thanked the pharmacist for her help and gathered my paper Rx bag. My exiting path took me directly past my new nemesis, whom I bid farewell by calling a “stupid a**, dumb a**, b*tch a**, B*TCH.”

You should have seen Marshall’s face when I told him. He was so…disappointed.

My bishop often talks about worm training and letting people crush you in order to win them to Christ. If Jesus was anywhere in that room on Friday night, I’m sure he was slapping a palm to His face.  I know you’re disappointed too, God – but I’m SAYING.

I believe that race relations in this country are so bad because some people are genuinely socially retarded. It’s not because we have a Black president. It’s not because I’m an uppity negress. It’s because many people don’t have good, clean, common SENSE. I had no quarrel with that woman, until she tried to touch my buttocks with her aging clitoris. That’s just not cool!

What would you have done, Reader? Stop laughing and let’s talk. Oh, and crazy White lady if you’re reading this- please don’t ever do that again. The Oprah face is the one I’d like to keep showing to the world, if you don’t mind.