It’s easy to tell what my 8 year old is thinking. She’s talkative, and will generally tell you what she’s pondering without prompting or solicitation.

“Oh Lord, I pray that we get home in time to eat those delicious noodles that Daddy was making; In Jesus’ name, amen.”

“What birds reach the highest altitude in flight?”

“Do you always have to get your chin waxed, or will the hair on your face eventually stop growing one day?”

I don’t know the answers to half these questions and on the days that I can’t handle her barrage of questions and useless factoids I tell her as much and order her to get out of my room.

After dealing with her manic brother and sister all day, I do not have the cerebral fortitude to answer life’s least pressing questions. One day, I stopped to wonder exactly what goes on inside the mind of my two littlest lunatics. Stone is an easy book to read. His main concerns in life are eating, locomotives, airplanes – and yes – Barbie. He has a partiality to Barbie flicks.

It’s harder to get a read on Liya, however. Her powers of speech are not yet developed well enough to convey thought, however she is quite adept at conveying her feelings. There is no balance when it comes to a two year old’s feelings. Their emotions are a wildly swinging pendulum, ranging from excessive anger to utter joy. The pendulum only stops moving when a two year old is asleep…and even in that state I’m convinced they are designing their next terror plot.

I decided to watch Liya for a day, to try to get inside her mind.

Crap. It’s morning and I’m wet again. I wish these two would stop being so cheap and buy some of those pull-ups I saw on Nick Jr today. It said they provide extra leak guard protection – whatever that is. The babies on the commercials look so happy and dry…and White. Why aren’t I White? And why don’t I have a back yard? My parents are such losers. That’s why I have to run through this house at top speed: because I have no back yard.

Well, it’s time to wake up the hag. She’ll change me and get me breakfast. It takes so long for her to rally though. It’s a good thing my biggest sister left her deodorant out so I could have a nibble. Screw it. I’m going to eat the whole block of this white stuff…

Ugh. Stonie is already in bed with her, snuggling with her. He makes me so sick! Just once I wish I could wake up before him and garner the spoils of a pre-dawn cuddle. But “noooo”, he has to bang his infernal head on his pillow all night and deprive me of sleep! I’ll outwit him one of these days, but in the meanwhile, I must use my size, weight and vocals to my advantage.

As I anticipated, my commands have gone unheeded. I’ll just have to step on his head and get between the pair of them. This draws a sharp rebuke from the fat woman who calls herself “Mommy”, but I couldn’t care less. I quickly grow bored and request some entertainment.

She refuses my request and tells me it’s not time to watch TV yet. I’m aghast. How dare she! I pick a fight with Stone and kick him in the shin. This of course sends him into hysterics since he’s not allowed to hit me (no one is) and he begins to wail uncontrollably. I add an unholy timbre to his screeches of displeasure. As expected, the fat woman turns on the television. I then demand milk, which she scurries off to get.

Soon, I become acutely aware that she’s been gone for more than the 56 seconds it requires to pour a glass of milk and bring it to me. This is not to be borne! I rally my older brother so that we can swoop in and retrieve our drudge.

“Let’s get. Mommy!” I shout with urgency.

My brother is more like an obedient puppy than an actual functioning, intelligent human being. I don’t know what Allison sees in him. She’s always showing off her new dresses and t-shirts and asking Stone if he likes them.

“’Tone…do you like my Dora?” she asks in that sing-song voice. (I hope she learns how to enunciate the letter “s” soon. She’s not going to make it far in pre-k if she doesn’t.)

But do you know what my oaf of a brother actually said to her?

Then the two of them run off to play – and fight. They never invite me to play with them. It’s not fair. I’m just as tall as they are…even if I’m a year younger.

As I contemplate these things, I see that the fat woman has my cup of milk in one hand and that hard thing I play Angry Birds on in the other. She wastes SO much bloody time on it! She sees the look in my eye, and her anxiety quickly becomes palatable. I can smell her fear. I wasn’t going to ask her for her phone, but I will anyway, since she looks like she doesn’t want to give it up.

“Can I want you phone, Mawmie?”

At this juncture, I would typically wrestle it from her, but she’s pulled down that bottle with a red label that sits on top of the fridge  and is hungrily popping pills. These are dangerous times. It’s better to proceed with caution for the next 4 days… 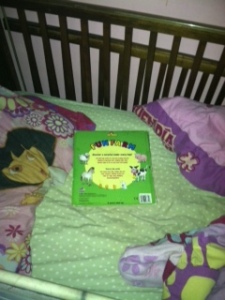 I take my cup of milk upstairs to watch TV in my parent’s room. I know I’m not allowed to do this, but the two fat people have disconnected all the good channels from the TV downstairs. They say my sisters need to spend more time reading, but it hasn’t helped. Mother spends hours helping the whiny one sound out words every night. I myself CAN read, but I’ll never let them know it. It’s why I request a book every night and read myself a bedtime story. I get to make up all the sounds in my head. And I particularly love the way every book begins with the phrase “One day…”

You know what I can’t stand? When grown-ups treat me like a two year old. Yes, of course I realize that I AM two years old, but when they ask me inane, rhetorical questions like “Where do we pee-pee?” how do they expect me to react? Everyone else in the house takes a dump in the toilet, and you don’t ask them where does the poo poo go. It only makes sense that I would opt to use the toilet on myself. For one, it’s terribly convenient, and secondly it shakes things up around here. People move a little faster when there’s poo in the living room. But am I potty trained? Yes…again, it is not to my advantage to admit this.

Still, I recognize that my grip on power cannot last forever. The fat woman keeps talking about “August 2014”, whatever that is. I also hear that Stone will be shipped off the pre-k this autumn. He vehemently denies that this will happen, but if the morning activities of my two older sisters are any indication of how things run around here, I won’t be seeing him for a few hours every day. Which is fine with me. The fat one buys me frozen yoghurt when none of the other kids are around.

WHOA! This is only 40 minutes of observation. My head hurts…doesn’t yours? Venturing into the mind of a toddler is like risking a trip to the Terradome. You go at your own risk.

The “Mommy Wars” Have Made it to Africa, and They Are Uglier Than Ever

Are We Being Fair To Our Boys?