Warning: This is a rant, not a political analysis. You’ve been warned.

Sometimes, a person – or in this case a group of people – can say something so mind-numbingly idiotic that is takes one’s breath away and chills the brain. What? You’ve never had one of those moments? Prepare yourself.

When Mr. Rashid Pelpuo came to my blog that one time and intimated that my disapproval of what he said about public-private partnerships and how he did his job might stem from some ‘xenophobia’ I may harbor, I was confused. What on earth was he talking about? Are Muslims not also learned people and are Northerners not also Ghanaians? I forgot about the conversation until I was talking to a friend about the CNN debacle.

“You see, the problem is, the North [of Ghana] has been long excluded from development, even before Independence,” she said. She’s older, and has lived in both colonial and post-colonial Ghana. “When you travel to the North, it’s literally like going back into the Middle Ages. And the people are so dejected that they have lost their will to try and do better. They are waiting for ‘someone’ to come and do for them. So when you have a Northerner who leaves his hovel and comes to Bolgatanga, he says to himself ‘Whoa!’ And then he makes his way to Kumasi and sees it’s even more developed and he says ‘Wow!’ and he goes further south to Accra and sees the metropolis and says ‘Eish!’ And then by the time his president is standing in front of the CNN sign in America, it becomes no big deal… after all, it’s See En En!”

So I finally understood what Mr. Pelpuo was getting at. He thinks I think he’s a bush man. That’s not the case at all. I think he’s an idiot and his idiocy may be a symptom of the environment under which he was raised. He can find consolation in that, unlike the Minister for Energy and Petroleum, Emmanuel Armah Kofi Buah and National Security Advisor, Brigadier-General Joseph Nunoo-Mensah (Rtd.) who are clearly smoking smuggled crack.

The employment sector in Ghana is falling to pieces. Civil servants haven’t been paid, doctors and nurses are on strike (because they have been ‘furloughed’ also known as “we’ll get that pay to you when we’re able” without their knowledge), and the president is jet setting around the globe in the midst of these crises. Never mind rolling black outs, overburdened medical care, non-existent emergency care, exorbitant food prices and poor sanitation: those are just conditions have come to live with. There is a new wave of problems and our hapless government has no idea how to deal with it. Why? Because they think running a country is like running a roasted plantain stand.

Ghanaians are now being levied a near 80% increase in price for the electricity they consume, officially. The real increase is closer to 120%. My people on the ground tell me they shell out 100 GHC every week (about $50) in electricity alone. Like fuel/petrol, the price of electricity affects the cost of everything: transportation, food, getting your hair and nails done. Needless to say, people are shell shocked, and have complained.

The reaction from the government has been breathtaking. And I don’t mean like a room with a great view… I mean like you just stepped in a puddle of poo and you can’t believe it.

At a Thanksgiving service in his honor, President Mahama said that “Ghanaians must stop complaining and work together to make Ghana better place” and that in “due season” we would also get there, just as America and other developed nations, who have had their own histories of difficulty have had and overcome. Are…are you freaking kidding me? Does this man not know history? Does he understand that the struggle of the industrialized world has also been OUR struggle? That America was built on the blood and backs of slave labor, and that great titans of American industry – like Firestone Tires – was built using OUR natural resources (Liberia: rubber trees). What then are we waiting for? Two more world wars and a Civil Rights movement of our own before we get it together? Those battles have already been fought and won! Let’s learn from them, not repeat and immolate them! God!

And when people call him the “beauty pageant president”, I used to come to his aid. Nuh uh. Not no more. Because the more he opens his mouth and poses for pictures, the less confident I feel in his faculties. 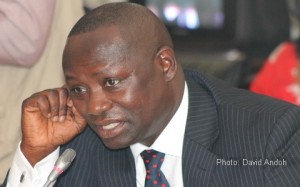 But wait, it gets even better. As I said before, there has been an unprecedented increase in the price of electricity (and of course, no increase in wages) and therefore everything else. What does Ghana’s Minister for Energy say?

“If anybody thinks that electricity is very expensive to consume, they should resort to buying candles and see how it is.”

I suppose that’s about right. After all, if you are running a roasted plantain or kelewele stand and the street lamp you are under goes off, what do you do? You merely light your kerosene konko and carry on. But if you’re running a 21st century business… say I don’t know… like a bakery, a cold store or a PHARMACY wherein certain medications need to be refrigerated, you don’t just get to light a candle and hope for the best.

Can you believe the vacuity of these running this country gets even WORSE? 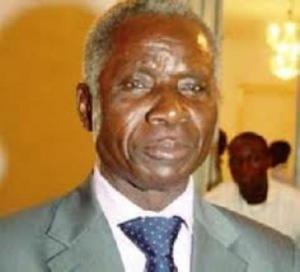 Straight from the horse’s mouth, and Mr. Nunoo-Mensah is the beast of burden I’m referring to here:
“If you don’t want the job, Ghana is not a police state. Take your passports and get out of this country and don’t destroy the country for us; if you can’t sacrifice like what some of us have done, then get out. If the Kitchen is too hot for you, get out!”

Get out of the country. Get out of YOUR country. Get out of your ancestral homeland. Just get out! No…no! Don’t fight to make things better, and you dare not appeal to me to give up my government provided vehicle complete with a petrol allowance and take a bicycle or trotro as YOU do… just get out! (And stop complaining! says President Mahama from the peanut gallery.) People are suffering, children are DYING, some people get by on one meal of gari or kenkey a day… and your solution is for them to “get out”?

I want a big stack of whatever it is your smoking, because guess what? People have been ‘getting out’ for years now. And they’re taking their manpower, intelligence and skills to develop other nations. And those who are not so lucky die in capsized boats. And those who run into worse luck meet terrible fates which include sex slavery and a life of crime because they are in their host countries illegally.

And what has been government’s solution to all this? We’ll just hire some expatriates to fix our problems! They think we’re cute jungle bunnies anyway, and they won’t question our silly ways, unlike these troublesome natives!

This rant is about electricity, but it’s also about so much more. The Mahama administration says it has been the only one that has had the “guts” to increase prices when they should have been increased long ago. Oh really? You know what have been really gutsy? Running on that sh*t, and seeing how it turned out for you. No really. NDC party slogans should have said “120% increase in bills for all! This is the way for development!” and seen what would happen next. If this is the right thing for the country, then you’re doing a piss poor job of convincing the citizens that it is. But I guess that doesn’t matter when you’re running a collapsible roasted plantain stand. If you don’t like your environment, you just put your table on your head and set up shop somewhere else.