I was catching up on the Colbert Report this weekend. I like to watch the entire week of the show in one go on Hulu. This Thursday Stephen Fry was Stephen Colbert’s guest. The two have a mutual admiration and affinity for each other, which is always a pleasure to watch. Cable TV is generally a hellscape littered with hatred, righteous indignation and anger, so you can imagine my dismay when the pleasant segment incited nothing but anger and righteous indignation within me.

I am not at all familiar with Stephen Fry. The first I heard of him was a little over a year ago when he announced that he is bi-polar. I had no idea why it was front page news both here and in England, but apparently Stephen Fry is a big freakin’ deal in the arts and entertainment world. During the segment, Colbert asked Fry why he thought it was important for him to speak up about bi-polarism and  mental health. Did he think it was going to help people?

“Well absolutely,” Fry replied. “I’m also a homosexual, so I advocate for that to.”

He carried on to talk about his involvement in a program called It Gets Better, which is an anti-bullying program aimed to protect gay school-aged children, his staunch status as an atheist, and a quip about the ignorance of American Republicans.

I learned more about Stephen Fry in those ten minutes than one could hope to in an afternoon spent surfing the web. As an atheist, he went on to make comparisons between Christianity and fantasy. I have no problem with that. I don’t need Stephen Fry to believe in my God any more than I need to eat a bowl full of fried dough to quench my thirst. In fact, I respect him immensely for being an atheist. Better for him to reject God altogether in order to justify his homosexual lifestyle than to force God into his view of what the Almighty should accept and reject. And though I am of the opinion that Republicans and Democrats are equally unintelligent, the recent antics of Ted Cruz have tipped the scales measuring mental dullness in the Democrats favor… for the moment. I was fine with the entire interview until one pivotal moment.

And that moment was when he had to go and make a comment about slavery.

Now, it is only fair that I remind and inform my (new) readers about my stand on two topics: When it comes to subject of child abuse and comparisons between slavery and one thing or another, I am incapable of conducting “reasonable” discourse. I automatically see red. There is no reason to abuse children, and there is nothing one can (or should) compare to the institution of slavery as it existed in the Americas. In discussing this notion, I once had a friend propose that you “can’t compare one oppression with another”. All oppression is oppression, therefore you can’t say that one person’s suffering is worse than another’s.

That’s a crock of crap.

If someone breaks into your house and steals your wallet, and then breaks into my house and steals my child, can you honestly say that your suffering is on par with mine? How shallow is that? So when Stephen Fry responded to Colbert’s tongue in cheek statement that we are going to have a hard time explaining to future generations about why we “kept the right to vote away from gays” with this statement, I was floored:

FIRST of all, let’s get one thing straight: One’s blackness or Africaness is not forbidden by any of the Abrahamic religions (Judaism, Christianity and Islam). Homosexuality, on the other hand,  IS. It just IS. Just like all the other lifestyles that God disapproves of: gluttony, greed, laziness, etc., it is what it is. And if Stephen Fry wants to morally justify his gay lifestyle by rejecting God by refusing to adhere to  either of these religious constructs, that’s certainly his God-given right. But to compare the discomfort he and other gay people feel by comparing his plight to offenses carried out by people – both religious and non, mind you –  is ludicrous and worst of all, insulting. Last I checked, Russia wasn’t a bastion of Christianity.

The architects of slavery were inspired by evil. And though many people – some who even professed to believe in Christ – participated in the buying and selling of Black human flesh, all those who opposed the practice did so because of their belief in an Almighty God. Abolitionists believed that God would judge America harshly because of the brutal and sinful practice of slavery. Only time will tell if their premonitions were right.

Now let’s get to the other matter: the system of slavery and  oppression and how it compares to the homosexual experience. We’ll use Stephen Fry’s example of ‘slaves picking sugar’.

Do you know how sugar was processed 300 years ago, Mr Fry? ‘Course you do, but here’s a reminder. After slave traders unloaded their weary human cargo in the Caribbean, the captives were immediately transferred to ‘seasoning camps’, which were essentially centers of torture. The sole purpose of a seasoning camp was to break the spirit of a slave. They were whipped, bound, dehumanized, sexually assaulted and given only enough sustenance to allow them to cling to life. It is estimated that only 2 out of 10 people survived the seasoning process. After their will to retaliate or resist in any manner was stripped, they were then sent to sugar cane plantations, where back breaking work of cutting cane was carried out from sun up to sun down in, humid, scorching, mosquito infested environs. After the cane was cut, it was then sent to kilns for processing into molasses, rum and refined sugar. The heat from these kilns was so hot that it often burned young children – some as young as 8 – alive. And then it was packed into tidy sacks, shipped back to England, formed into cubes and then Great-Grampa Fry stirred it into his coffee.

Compare the ‘sugar picking’ experience to the worst day lived by England’s most openly gay monarchs and entertainers, the hushed whispers of disapproval and suspicious side glances they’ve had to endure, and I fail to see how the two stack up to each other. I’m sorry, I just DON’T.

Contrary to the opinion of some, I am always happy to admit when I’m wrong if proven so, and do welcome opposing views. I asked one of my “uncles” about how he feels about comparisons drawn between gay rights and civil rights for Blacks in the national debate. My Uncle Bill* is well into his 70’s and has lived in every major ‘gay city’ in America over the span of his life – San Fran, New York, Atlanta – you name it, he’s called it home. He also had to live through Jim Crow, the Civil Rights era and the Regan administration, so he knows a thing or two about being Black and gay in America and the implications of both.

He vehemently disagrees with the very idea that comparisons would ever be drawn.

He went on to explain that unlike his gay white friends, he never had the option to hide his Blackness. It was the first thing people saw when he walked into a room. No one ever had to know who he was sleeping with unless he told them.

“But I’ve never had to inform anyone I was Black.” 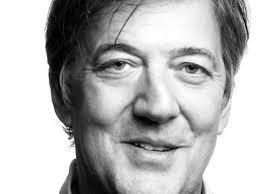 I have the strongest conviction that people must stop drawing parallels between their real (and sometimes perceived) injustices and slavery. Although privileged White gay men in particular are recently the most guilty of repeating this offense, they are certainly not alone. Ben Carson, whom I have deep respect for, just last month called Obamacare “the worst thing since slavery”… which is a ludicrous statement at best. You can opt out of Obamacare by paying a $2000 penalty to the government if you don’t want healthcare… There was no opting out of slavery.

Let’s just be clear: the Trans-Atlantic slave trade was the worst thing since slavery; not Obamacare, and certainly not any bullying on school campuses.

Here’s an idea: Why not compare these misfortunes to the Holocaust, or the bombing of Nagasaki, or the Japanese internment camps in America? Or is Black suffering nothing but a tool to be whipped out and used to justify one political or social stance or another? It would appear so; and it’s disgusting.