I'm super geeked to launch my new Mind of Malaka STORE! Check out my latest products and creations!
Uncategorized

Since our doctor’s visit on Friday, I have been oscillating between titles in my head.

My Kids’ Pediatrician is a Blooming Idiot would be unfair, because no one gets a medical degree by being an idiot. In the same way, My Kids’ Pediatrician is on CRACK has a nice ring to it, but I can’t substantiate those claims. That’s not to say that I don’t think that this woman is an idiot who might be smoking crack based on her claims about my children’s health, but neither of these titles addresses the issue as I have come to understand it.

I don’t know if medical doctors understand how much faith and trust their patients put in their utterances and opinions. I didn’t see a gynecologist until I was 25 because I didn’t want someone I didn’t trust peering into either one of the holes I hide between the folds of my buttocks. (That, and I didn’t have insurance until I began working a job that offered benefits.) In the same vein, I did not select a pediatrician for my children until I had completely vetted that person.

My search for a pediatrician began when I was five months pregnant with Nadjah. I had a list of nearby practices, calling on the phone first and assessing wait and hold times and listening for friendliness in the office admin’s voice. After weeks of searching, I found Dr. Leonard who greeted me with a no-nonsense attitude and rarely smiled. I was hooked. I did not want a goofy doctor looking after my offspring.

Dr. Leonard cared for the physical and developmental needs of all my children for six good years. We developed an understanding with one another. She once told me that I was one of the best moms she’s ever worked with.

I smiled sheepishly in appreciation. I might have muttered my thanks. What does one say to that? She made it easy as well. I remember how she would coo over Stone when he was born, and pointed out all his best attributes.

“He’s in the 90th percentile for height and weight,” Dr. Leonard told me at his one year check-up. “He’s big for his age, but he’s been plotting like that since he’s was born.”

She described his physical development on the chart as ‘perfectly square’.

Then a month later, Liya was born and Dr. Leonard came to see her in the nursery in order to evaluate her and do her doctor-y things. She popped in to visit me as well. I brightened when I saw her and she smiled back, which of course was rare. Liya was doing well, she said. She was a perfectly healthy baby. We chatted for a bit and then she left. I didn’t see her again until I went for Liya’s first official in office check-up. That’s when Dr. Leonard dropped the bomb on me. She told me she was leaving the practice. To go where, I asked.

“Out of state,” she replied.

I felt my knees weaken. What was I to do? I didn’t like any of the other doctors in the practice. One looked like a pedophile and the other had shamelessly flirted with Douche Bag on the ONE visit he had come to when Nadjah was born. (She also no longer sports that enormous rock that was crushing her ring finger that day, which tells me her wanton flirtation had led to other less innocent events.) The other I had not taken time to get to know at all. How could she do this to me?!

“Well, I told your husband. There was no way I was going to tell you while you were in the hospital having a baby…”

And then she was gone. She left no contact information. It was a clean break. Sometimes I look her up on the internet to see what she’s up to. I hope she’s happy. Because I’m not… I got stuck with the one thing I never wanted: a goofy doctor.

In order to preserve our new pediatrician’s ‘integrity’, I will not mention her by name. Suffice to say she is young, bubbly, blonde and just began practicing a few years ago. She is literally “practicing” medicine with my kids! If I was a new mom, she’d have me in a corner curled up in a fetal position convinced I was doing horrible wrong by my kids. Our sticking point is my children’s weight…or their individual BMIs, more precisely.

MOM Squad, we’ve discussed BMI in the past. Marshall and I are overweight. We know that. Our children (crosses body) are NOT. They’re just Black. Now, what do I mean by that?

Remember when Jimmy Snyder said these words – words that left mouths agape – in 1988?

“The black is a better athlete to begin with because he’s been bred to be that way, because of his high thighs and big thighs that goes up into his back, and they can jump higher and run faster because of their bigger thighs and he’s bred to be the better athlete because this goes back all the way to the Civil War when during the slave trade … the slave owner would breed his big black [man] to his big woman so that he could have a big black kid.”

As crude as his words were, they were true. African Americans were bred for specific attributes on plantations. The topic came up at my in-laws’ house just last week as my mother-in-law spread her huge hands…hands that would be most useful to field work. Because like it or not, that’s what Africans were brought here to do: hard labor and field work.

Well now, de Lord and Lincoln dun gave us freedoms, but dat don’t erase fo’hunned years of genetic engineering. My children are tall, thick and muscular because some white guy decided that body type would work best to support his plantation’s goals. So excuse me if my youngest baby isn’t a willowy nymph flitting through the lines of your government issued bio chart. I wanted so desperately to snatch this woman and her files as she went over Liya’s stat sheet. Buy Cialis discount from https://www.caladrius.com/order-cialis-cheap-20/ quick and confident.

“She’s in the 98th percentile for height,” Dr. Dumbass said with a silly giggle, “but her BMI is way off. She was normal last visit, but look how much she’s sprung up here.” 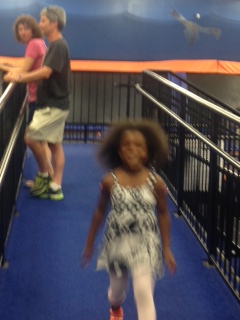 This sinewy blur you see hurtling towards you is “overweight”.

With a half giggle, half frown she went on to ask “Is she eating a bunch of sugar and carbs?”

“She doesn’t really like bread,” I said pensively. “But she does love french fries. She…”

“Oh, no!” Dr. Dimwit said, cutting me off, gasping as she interrupted. “She can’t have any more fries. Ever. That just means not going to places that don’t serve those things. Mkay?”

I looked at her and nodded silently so I wouldn’t have to cuss her out. She was already snapping up her Brighton pocket book shut and readjusting her stethoscope on her neck before exiting the door with a guttural Hahum! See you later!

Ohh I was offended. I was offended on an ancestral level! How much thinner did she want my baby to be? She didn’t say. She just made a playful quip about not eating anymore potatoes. The Irish mother in me would have hit her with a camogie stick if I could have. Instead, we left her office and went straight to Chick-fil-a.

I’m vexed; but not for the reasons you may suppose. I’m annoyed because I have to begin the search for a new pediatrician all over again! It’s a time consuming, mentally exhausting task. I need a pediatrician that can make independent assessments about my children outside of the box of what a form says. Who can look at my daughter and say:

“On paper, you’re not the ideal body type, but that doesn’t mean you can’t be a prima ballerina like Misty Copeland. They told her she didn’t have the right body for ballet either.”

“Did you know until the Williams sisters came around, muscular girls on tennis courts were almost unheard of?” 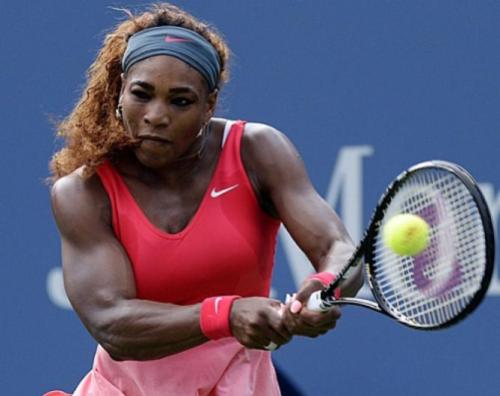 “You are built just like Surya Bonaly, an Olympic medal winning figure skater who was so daring and lithe that she would do backflips on the ice! (She was later banned for it too, after defying an order not to.)”

In short, I need a pediatrician for my son and daughters who understands Black bodies, not this doe-eyed recent graduate who has lived out her entire existence in some suburban bubble somewhere reading Teen Vogue and lulling herself into the belief that every body should look that way.

Do you like your pediatrician? Do you live in North Fulton? Care to make a recommendation? ↓

How American parenting is killing the American marriage