I am not what you would call “the nicest of persons”. It’s shocking – I know. Nevertheless, this is something I have come to accept about myself. Knowing that I am capable of tremendous c callousness has led me to expect the same in my children. After all, the adage ‘The apple never really falls far from the tree’ was coined for a reason, right? You expect your children – or any person with whom you share a nurturing relationship with – the pick up a least a few of your peculiarities. But is it also in the nature of children to do something outside of your expectations and beyond that charted course you’ve laid for them.

My daughter Aya is perhaps the sweetest child I’ve ever met. (Bear in mind that I don’t spend my waking hours purposefully seeking out the company of children, so that doesn’t give me much of a sample to choose and make comparisons by.) My other three children are just as I would expect them to be, having such a mother: loud, unruly, selfish when necessary (and it’s always necessary) and shrewd. They take and take and are always looking for more. I have accepted this as normal behavior…or at least I did, until I started paying more attention to Aya’s antics. The girl is proof that sometimes, the apple falls from the tree, rolls down a hill, falls into a pond, goes through several stages of genetic mutation and comes out a coconut. Yes, both are round and firm, but couldn’t be more different than the other. Where I am callous, she is tender and where I have a cold view of the world, she sees light and goodness.

I worry about the child.

If what the Spirit tells us is true, we share particular attributes with the living God. These include the capacity to love, hate (as in a disdain for anything that would harm something/one you love), joy and so on. The bible, particularly in Psalms, talks about a grateful heart and the power of thanks giving. It alludes to the pleasure the Lord takes in our thanks. Most of these scriptures never resonated with me until I got older, saw the world and ultimately became a parent. Have you ever done something for someone- bought a gift or performed a random act of kindness and in place of receiving a “thank you” had these words follow instead:

“Oh, this is nice, but I would have much preferred if you had got the bigger/other one instead.”

“Oh. You only bought one? We are six in the house. You should have got one for each of us.”

After a while, you just stop trying to please certain people, and eventually, you may begin dodging them altogether! But when you encounter someone who is truly grateful, truly appreciative of even the small things, you find yourself looking for ways to bless or give to them. I think it may be the same way with God.

Interacting with Aya has revealed a lot to me in this area. As we were sitting in church on the first Sunday of the month taking communion, she whispered a series of questions to me.

I went on to explain the mechanics of the crucifixion. The kids had – to my horror – seen a clip of Passion of the Christ which was slightly traumatic for them. Still, it was a good tool in that moment.

“God used to require a blood sacrifice to cover our sins…things we’ve done that are bad,” I explained in as elementary a fashion as I could. “Jesus’ blood was the ultimate sacrifice. He did that so God wouldn’t be mad at us anymore.”

She raised her eyes in surprise and smiled, mulling over the words. “Oh. Well, that was nice!”

Then she earnestly took her communion.

Aya is always looking for ways to share and to help others. Last year, she spent a good part of second grade helping one of the kids in her class who was struggling with math with his classwork of her own accord. No one appointed her to the task. She doesn’t want to see anyone left behind or missing out. This morning was the kids’ first day back to school, and as I lay in bed, still in the throes of my Nyquil induced coma, she told Stone to go back to the bathroom and re-brush his teeth. My husband asked her why.

“I want him to have a good first day at school. I don’t want anyone to tease him,” she replied.

See what I mean? If it had been up to me or Nadjah, we would have told the boy his mouth stinks of sulfur and to handle his stank breath! The result would have been the same, (i.e. Stone would go to brush his teeth) but the impetus is completely different. Aya didn’t want Stone to have a bad day, whereas we wouldn’t have wanted to smell his bad breath. See the difference?

That being said, I’m always looking for additional ways to show Aya that I appreciate her kindness and her gratitude. The first words from her mouth are always “thank you” whenever she receives anything, and she is very timid when it comes to asking for more. But because she’s ALWAYS so grateful, she gets more. It’s a vicious cycle of blessing!

There are different approaches to getting, and each has its own benefits. There’s taking by force, birthright, a sense of entitlement and what-have-you. I think that these methods are what we are accustomed to in society. But as a mother, a woman and a retail associate, I can tell you that being sweet and grateful will get you much further than privilege and brute force ever will. Yes, you may get what you deserve with an entitled attitude, but you will get MORE than you deserve when you consistently show appreciation. This latter attitude has led to an abundance of kiddie wealth, as Aya’s grateful heart has benefited her siblings on several occasions.

Have you encountered anyone who inspired you to show more appreciation? Do you find yourself running away from people who never/rarely show thankfulness? Should your giving be a function of the other person’s reaction, or should it not matter? Discuss! ↓ 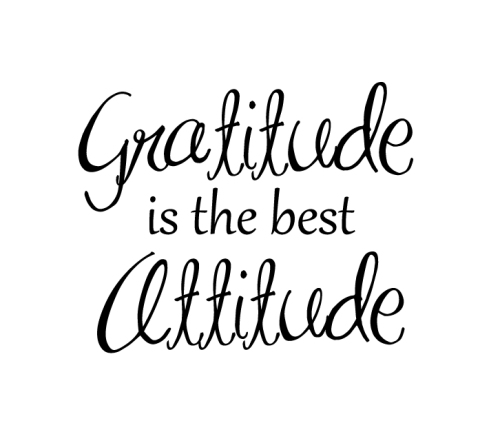