*Snnnniiiiffffff!!!!* You smell that? The scent of crap is in the air, wafting in from the misguided views of prejudiced people. In reference to the unrest in Ferguson, I recently saw one woman – an African woman – opine that she wished that more people were just as upset about “Black on Black crime”. This image immediately sprang to mind.

I am not here to insult anyone who believes that Black on Black is a thing. Like an actual, legitimate thing. I’m just here to tell you that it’s fallacy… deflective tactic coined and hustled by the majority (and a great number of misguided Blacks) to get your mind off of the real issues and to participate in victim blaming. In short, the idea of Black on Black isn’t a solid enough theory to be a pile of shyte; it is mere the steam drifting away from said pile.

Close your eyes. Do you remember the first time – the VERY first time, mind you – that you heard/read the phrase “black on black crime”? I do. My mom was a faithful subscriber to Ebony magazine and maintained her subscription even when we moved to Ghana, West Africa. She had a pile of magazines that sat behind the wet bar that was featured in the center of our rented home. She didn’t allow liquor in the house, so the bar became a library of sorts. As an early teen, I flipped through one of those magazines, fascinated by images of American blackness that I was only familiar with through rap videos and month-long visits to the States every 3-4 years. The artwork for one particular article struck me as very profound. It was a big black square and within that square were the words:

‘The trouble with black on black crime is that you can’t see it.’

The words ‘black on black’ were themselves written in black so that they were barely visible. It was a powerful message, and coupled with the spate of John Singleton movies I had just been recently acquainted myself with, made an indelible impression on me. And so there I was, a Black girl, in Black Africa, afraid of Black Americans. I was afraid of them before I’d ever encountered them. I was convinced that black Americans, save for a few, were willfully sneaky and thieving and uncontrollably violent. At a young age, I was already convinced that somehow, their violence was just different. Never mind that just a month before one of my neighbors had run down the street screaming Julor! Julor!!! (thief) in Black West Africa in pursuit of what I can confidently say was a Black man/boy. But that wasn’t “black on black” violence. That was just a home invasion. Black on Black violence was only something folks whose used ‘nigga’ like it was their birth name  and wore jehri curls did.

M.O.M Squad, we have all discussed the racializing of crime as it relates to Black folk before.  David S. gave wonderful commentary on the subject. As he said, talking about black on black crime is nothing but a “smoke screen”. MX5 and I discussed this over coffee recently as well. Again, she makes a salient point:

“When Black people commit crimes against other Black people, it’s because of some personal affront. You talked about my momma, you stole my girl, you were standing on my turf selling when we’ve already made it clear that this is my corner and that is yours. We don’t do ‘senseless’ violence. There’s always a reason. We don’t go blowing up buildings or shooting up schools or movie theaters. We only kill/harm people we know.”

“Except for the DC Sniper,” I added.

“Yes. And you remember how shocked we all were when his description came out!”

Then we chuckled and sipped more coffee and I mulled over her words. 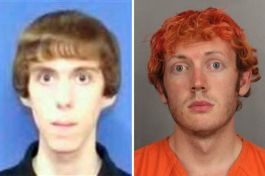 Black people only kill/harm people we know; specifically, people we’re in close proximity to. But, doesn’t the same apply to other races and ethnic groups as well? The Triads, whose criminal resume includes contract killing, prostitution, counterfeiting, health care fraud, drug trafficking, human trafficking, extortion, murder, money laundering, arms trafficking, racketeering operate globally, and within markets where Chinese presence is high. You think a Chinese gang lord is really going to walk up to a group of Black women in an attempt to pimp them out? No. He’s going to find himself a nice down-and-out Chinese family, promise them a better future and sell their daughter’s body. He’s going to operate in the community he knows…where there is some level of kinship and enjoys the convenience of proximity. Same for the Native Americans, same for Eritrean gangs in Ohio, and the same for Adam Lanza who shot up his former elementary school. It is rare for a person of any race to venture too far outside of the confines of his/her community to commit a crime. It’s simply just too inconvenient.

I believe the coining of the term Black on Black crime and those who carelessly toss it out in response to racially motivated tragedy was and is perpetuating White Supremacy…and I’ve met my fair share of Black “White Supremacists”. These are people who think that American Blackness is inherently bad. They believe it is utterly incompetent. If they could, they would eradicate American Blackness altogether. These are the believers that if you “pull your pants up and enunciate you won’t get shot” crowd. As though MLK wasn’t in a buttoned-down collared shirt when he was shot in the face.

Don’t be fooled! Take the blinders off and see the light as I have! The idea of BOBC was created to get your mind off the source of our problems, just like welfare was created to appease an impoverished community when a fair and living wage would have done quietly nicely instead. Welfare was created to take away dignity, not to restore or enhance it. And telling Black people to concern themselves more with Black on Black crime rather than acknowledging that far too many communities in this country live under siege and constant threat by militarized police forces and under the shadow of disdain from American culture at large (unless we’ve got a ball or a mic in our hands!) is asinine.