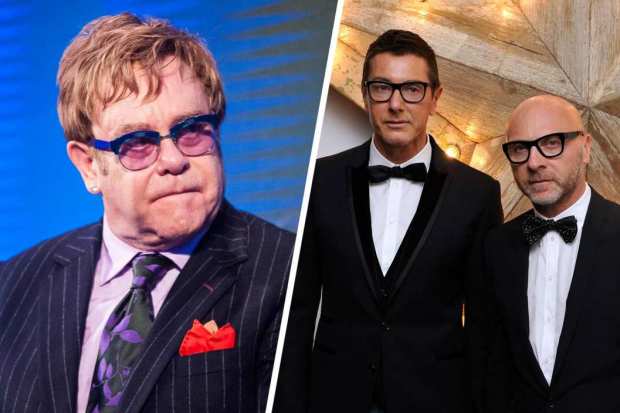 The worlds of high fashion and pop culture were set ablaze this week when Dolce & Gabbana were asked how they felt about homosexuality, family values and procreation. These are the quotes that were attributed to them:

“We oppose gay adoptions. The only family is the traditional one,” Stefano Gabbana and Domenico Dolce recently told Italy’s Panorama magazine. “No chemical offsprings and rented uterus: life has a natural flow. There are things that should not be changed.”

“You are born to a mother and a father — or at least that’s how it should be,” Dolce added. “I call children of chemicals synthetic children. Rented uterus, semen chosen from a catalog.”

Their opinions are neither revolutionary nor shocking. There are many people who feel this way, although they are not as verbose about stating them. What IS shocking who these views emanated from – that being two gay men who once shared a romantic relationship with one another. These views are what are known as “traditional” values, and only rednecks and people with a third grade education hold “traditional values”, right? No seriously. Read the comments on any online forum and that’s what people think/say.

There is little room for differing opinion in the public discourse anymore, and if you do not toe the mainstream line, one runs the very real risk of being vilified and destroyed. This is what Elton John has set out to do to Dolce & Gabbana: annihilate their brand and tarnish their reputation.

I have only watched the ensuing feud between these titans of fashion and entertainment with passing interest. I’m neither an Elton John fan, nor can I afford D&G. Besides, when white men start fighting, it doesn’t bode well for the rest of us, so I try to stay as far away from white fire as I can. Oh, you don’t believe me? Ask the few remaining AFRICAN veterans of WWII what the consequences of white struggle and ego were for them. How many Black lives and limbs were lost fighting on European soil for the white man’s cause? We will never know, because they won’t even include images of our ancestors fighting in their precious historical movies. So, yes! I was very happy to leave these 3 men to duke it out on their own…until Dolce & Gabbana called Elton John a fascist. Whoa now! Given Italy’s history with fascism and Mussolini, these are pretty strong fighting words! Now suddenly, my interest was piqued.

MOM Squad, I have to tell you, I am pretty intrigued by the dynamics of this quarrel. Something about it was so eerily familiar that I honestly gasped when I realized when I had seen this before. What Elton John has set out to do for gay people is the very same thing that WEB Dubois did to Black people: and that’s to silence opposition. 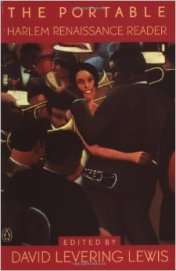 If you ever have the opportunity, please pick up a copy of The Portable Harlem Renaissance Reader, edited by David L. Lewis. The introduction goes into great detail about how the Renaissance was spawned (or manufactured), what constituted as an “acceptable” Negro message or expression, and who those acceptable Negros would be. WEB DuBois was one of the head architects of the Harlem Renaissance, and he was also instrumental in the destruction and demise of any Black thought or artistic expression that he felt beneath the worth of white acceptance. In truth, DuBois’ entire agenda was to be accepted by white people, something that was fundamentally contrary to the goals of his greatest nemesis: Marcus Garvey. While Garvey felt that there should be a push for Africans in the diaspora to return home to their roots on the Continent, DuBois felt that Negros in America ought to push for white acceptance and integration. 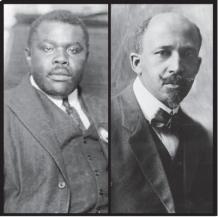 The feud between this pair was legendary, as each man (and their supporters) had their own ideas about what Blackness ought to look like in America/globally. There was name calling, mudslinging, and sabotage. Ultimately, DuBois triumphed over Garvey in the end by doing the unthinkable: He colluded with the FBI to have Garvey tried and imprisoned for mail fraud, which led to his eventual deportation. The infant Back to Africa Movement died soon after, the NAACP triumphed as it repeated these tactics again and again against “fringe” groups, and now there was ONE way to be Black in America…just as DuBois had envisioned and advocated for all along. As a people group, we have had to fight against the scourge of homogeneity that has been imputed upon us.

So I have to ask Elton John and his celebrity supporters and his (eventual) federal supporters: is there only one way to be gay in this world? And who gets to decide what way that is? Is there not enough room for differing views and opinions in your existence? You see how far we as Blacks have gotten with this sort of mentality; and it’s done us a great disservice. We are poorer, less educated and probably more internally disenfranchised and disconnected than we have ever been in our history. Seriously, with all this information and technology within Black grasp, we are still having childish and churlish light skinned versus dark skinned wars or looking down upon one another for being ghetto or bourgeois. How many years into emancipation are we?

Open gay expression has only just become mainstream recently. I would hate to see gays as a people group go through what Blacks have because three wealthy guys have had their egos bruised by sentiments expressed that the other did not appreciate. History would literally be repeating itself, and the possible repercussions extend far beyond the nuclear gay community. There isn’t a people group on the globe that hasn’t been affected in some way by the shenanigans that took place during the Harlem Renaissance, and they haven’t all been for the best. It might look like a worthy fight today, but is Elton John ready to be the catalyst and bear responsibility for a possible calamity because he isn’t tolerant enough to allow people to express their opinions? We’ll have to wait and see.

I’m Not ‘Going Through’ A Midlife Crisis: I’m Pouring On Gasoline and Jumping Feet First Into That Bish