“I have an anecdote about one of the reasons our fabric means so much to me. As I mentioned, my father was in the Foreign Service. It is a rule that Ghanaian diplomats must wear Ghanaian national attire whenever the Embassy hosts an Independence Day party. In the early 1980’s, my family lived in Copenhagen. Our first 6th March there, my father wore Kente cloth slung across one shoulder in the Akan style. He was cold and uncomfortable the entire time. He never wore Kente again. The following year, he wore a thick batakari smock outfit complete with pantaloons and a cap. It was a tiny rebellion but to him, it made sense. It was warm, he felt comfortable and it was still a handwoven outfit – just not from Bonwire.” – Madonna Kendona-Sowah.

Mark Twain once said that “Clothes make the man. Naked people have little or no influence on society.” I have always loved this quote. I affirms my long-held belief that if you ever want to know anything about the attitudes that a person holds about him/herself or how they view the world, one has only to take a quick glance at their clothing. I can tell a lot about a person simply by looking at their shoes, but that’s a conversation for another day. Today, we are talking about Raffia – an exciting a relatively new company that is revolutionizing Ghanaian fashion with an old classic.

Madonna Kendona-Sowah founded the company in 2013 after she looked around and realized that there was an element missing from Ghana’s mainstream fashion industry: there were no Northern textiles featured in any of the country’s shows and glossy magazines. There certainly weren’t any being shown on the international glossies either. That’s when Kendona-Sowah seized the opportunity to change this. 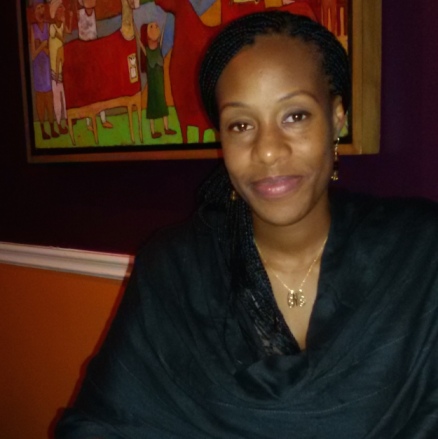 I’m personally glad she did, because I have to be honest: fashion in Ghana has become quite dull. We’ve seem most of the stuff on the runway in one form or another for decades now. Vlisco wax print is ubiquitous, kente even more so. Every collection features a backless dress, a mullet skirt or an asymmetric frock done in bold (imported) print or non-indigenous textiles embellished or fringed with kente. . It’s all very pretty, but it’s been done. To quote Edna Mode from The Incredibles, “I never look back dahhhling! Fashion only looks forward!”

To most Ghanaians, the North remains a mystery. Those of us who were born and live(d) in the capital were discouraged from including the Northern region in our travels for exploration. We were told “It’s too far” or “There is nothing to see in the North anyway”, indicating that there is nothing of value that comes from the North. A quick investigation into some of Ghana’s most beloved delicacies shows that nothing could be further from the truth. Southerners love Hausa koko and waakye, both imports to the coast from the North. Chinchinga (khebab), shea butter, kola nuts and a host of other gems that enhance Ghanaian life that we have yet to fully appreciate all come from the region. It only makes sense that the next big thing in fashion should come from one of its children.

Please talk about yourself for a bit. What is your Ghanaian heritage?

My parents are both from Navrongo in the Upper East Region. I was born in Accra but raised in Europe and West Africa because my father was in the Foreign Service. Prior to launching Raffia, my experience of the North was sporadic visits to see my grandparents but I have always had a very strong sense of belonging to the North. I’m very proud of my heritage.

You’ve chosen to use raffia as the medium for your designs. Ghana is usually associated with kente and/or VLISCO wax prints exclusively. When did you realize there was a void in fashion?

I’d like to make a quick clarification before I answer this: the fabric is actually called “Gonja cloth” because of its origins in Daboya, in the heart of Gonjaland in the Northern Region. I chose the name “Raffia” as a metaphor for how something that is seemingly unremarkable in its raw state (an analogy for Ghanaians’ perceptions of Northern Ghana) can be used to make something beautiful.

Back to your question: I wore Gonja cloth dresses to my Master’s graduation ceremonies in 2010. My Ghanaian friends and relatives saw the pictures on Facebook and were so surprised that the fabric could be made into something other than “kaba and slit”. I was in the US then so it didn’t hit me until I moved home the following year and saw that while the smock had been popularized, most designers were working with wax prints. It wasn’t until 2013 that I saw this as an opportunity to do something different but meaningful with Gonja cloth.

Who or what inspires your fashion choices and design concepts?

The French designer Isabel Marant’s old professor of hers once told her to only design clothes she would wear herself. I think I tend to start from there.

For both collections, I focused on simple, elegant silhouettes. The Gonja cloth is of spectacularly high quality and I like to think it speaks for itself so I tried not to overwhelm the fabric with busy designs.

For the second collection I was inspired by the leading ladies of Hollywood’s Golden Age – I have always loved the clean lines of their clothes and their effortless sophistication.

The North is usually associated with poverty, neglected and lack of opportunities. However we’ve seen stellar personalities in business and entertainment (Wiyaala, Nuong Faalong, Sangu Delle, Blitz the Ambassador, etc) come from the area. Do you feel that there is a renaissance occurring in the North?

Absolutely. I think our parents’ generation worked hard to assimilate in the Southern urban areas because the South was where everything was. Our parents had it harder than us – they had strong accents, completely different values, even the foods they ate were different. Now we – their children – are realizing that we are the only ones who can bridge the gap by working to provide opportunities for people there, by encouraging other Ghanaians to visit and see what we’re about and by changing perceptions about the area.

What are your future plans for your company? Would you like to see raffia (the material) go as commercial as say wax print or batik? I think wax and batik are losing their excitement because they are used for everything from shoes, to hand bags to briefcases. Do you think raffia will become as ubiquitous? Would you be sorry if it did?

My priority now is to grow gradually and in the right way. We want to increase our customer base in Ghana and abroad so we’ll work on more trunk shows and getting more retailers. Another priority is to get a retail space in Accra.

No, I think the appeal of the Gonja cloth, like Kente, apart from its craftsmanship is its exclusivity. I don’t think Gonja cloth will become pervasive because it is expensive to make and difficult to work with. Kente is still very much a luxury fabric – even the advent of printed Kente didn’t change that. I’m confident that Gonja cloth won’t lose its value.

A skirt from the upcoming collection

If you could dress ANYONE in your brand, who would it be and why?

I would dress Solange Knowles – she’s chic and edgy. Everything looks good on her- she throws things together that otherwise wouldn’t work and somehow pulls it off. She has a wonderful sense of style and I would love to see what she would do with one of our pieces.

She didn’t want to say she wanted to dress me…but it’s okay! When you guys are drooling over my new, exotic threads this fall, you’ll know where I got them from. (You can thank  me now.) Learn more about Raffia, visit www.raffiagh.com or @raffiagh on twitter.