This is not MY Jem.

That’s been the common refrain – nay, the battle cry – among lovers and true fans of the original 80s cartoon classic ‘Jem and the Holograms’. We are pissed…but moreover, we are hurt. There are certain things that should be left untouched and untarnished if you cannot afford to or have the decency to treat with care.

Don’t screw around with the Coke formula.

Pepsi was never meant to be clear.

Don’t freaking ruin Jem and the Holograms for legions of women and girls around the globe.

The iniquities that the creators of the Jem movie are guilty of are numerous and unforgivable. There is absolutely no redemption to be found in this movie from any angle. This is the first problem: Take a quick glance at this and in 2 seconds or less, tell me which of these girls plays Shana Elmsford.

There was Cherie from Punky Brewster.

There was Orange Blossom from Strawberry Shortcake.

There was Shana from Jem.

That’s it.You have to understand.

Although I adored the cartoon, there were no Black people on Etheria where She-Ra lived. There was only one Black Thundercat, but he was a male mechanic with a temper, so I didn’t really identify with him. Apparently, there were no Black female soldiers ready to fight and die for their country on G.I. Joe. And save Storm, there are no Black women with superpowers in the X-Men…and she wasn’t even a mutant. She was a Nigerian goddess. As a Black child, I couldn’t even hope to acquire a rogue gene to give me superpowers…I had to be born of the divine!

So yes, I and millions of other Black women are understandably upset by the blatant erasure of a true representation of Shana Elmsford. Aurora Perrineau, who is the bi-racial actress who portrays Shana, is light enough to pass for white. Even my 9 year old  (who shies away from discussions about race because she thinks it makes her a ‘racist’) was visibly upset by what she say in the trailer.  “They took out the brown girl from the movie Why would they do that, Mommy?” she asked.

There is a whole other political and cultural discussion to be had about colorism and race in Hollywood, but we have to get into the other follies that Universal Pictures and Jon M. Chu have exacted against the viewing and paying public and save that for another day. I mean, sweet Holy Jesus who died for the sins of the whole world…did they even watch a solitary episode of this cartoon before they began scripting and taping??? Who is this phantom of a character they’ve created?

Jem lives a double life as Jerrica Benton, an orphan – now a grown woman – who runs a girls’ home for orphans and foster kids under the Starlight Foundation started by her parents. She is also part owner of Starlight Music, a record company also launched by her parents. She and Eric Raymond have equal shares in the company. Part of Jem’s weekly battles are not only to perform to the best of her ability, but to keep Eric from ruining her band’s career (and cutting off funds to keep the home running) in his greed-fueled quest for full control of the company.

In the movie version, Erica is replaced with ‘Erica Raymond’ (played by Juliette Lewis) who discovers Jerrica on YouTube and turns her into Jem. This is some bull.

Remember those V-Tech webcams from the early 2000s? THAT’S what the creators of the Jem Movie turned Synergy into. Synergy is a holographic image created by Jerrica’s father that provides Jem with the ability to project illusions and transform her personal appearance. Synergy is the freaking reason Jerrica CAN become Jem at a moment’s notice. But what did these rat bastards over at Universal Pictures do? Cast EVE from Wall-E to play this iconic character. In this age of CGI and all the things that technology can do, this was the best they could come up with? George Lucas wasn’t available to lend some 70s tech to fix this shambolic mess? 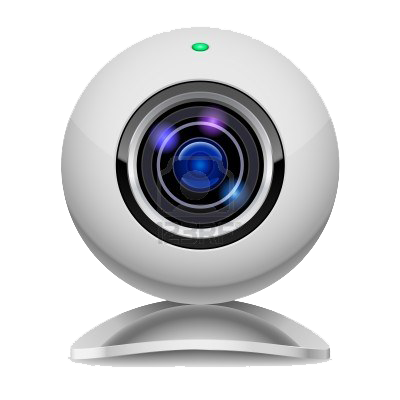 How Sway? How this Synergy??

When the Cecil the Lion biopic comes out, are they gonna get Garfield to play this majestic lion? No…no they would not. They wouldn’t DARE. The only reason they’ve dared to commit this atrocity is because it’s a movie about girls, targeted to girls, for girls (and women).

You can’t have Jem and the Holograms without the Misfits. You just can’t. The Misfits MAKE the Holograms. Why? Because they constantly push them to be better, sing harder and strive for perfection. The Misfits had better songs. The Misfits had edgier outfits. The Misfits were maniacal, scheming b*tches who prepared young many girls for real life. Every woman has a Misfit on her job, in her church or in her family and thanks to that trio’s wacky antics, we are more aware for it. The Misfits contributed to every woke woman’s wokeness in America today.

But what did Jon Chu do? He erased that dynamic so that he could portray Jerrica/Jem as a simpering, self-doubting little cream cake. Her only battle is with herself and her struggle over whether to choose personal fame over family. Again, the real Jem ran several businesses, one focused on charitable giving. She was the very definition of selflessness! And this douchebag Mr. Chu, who has never obviously watched the cartoon has the unmitigated audacity to turn Jerrica into her own personal Misfit?! Dishonor on his progeny forever!

Selah. Just pause and think about that one.

My girls have no interest in watching this movie, so guess what? We will not be watching this movie. Not even when it goes to Redbox. Not even when they release it on Crackle. It ought to be sent directly to the $1 DVD bin at WalMart and be done with it. And that’s saddest part. Because once Jem flops (oh, and it will flop), the assumption will be that girl focused franchises are not as lucrative as ‘boy-geared’ ones, such as Transformers, Spider Man, etc to produce. This in turn will make studio execs less likely to fund projects like Jem…or Jem as it should have been.

Jon Chu should have just left it alone if he couldn’t do it right. Fcuk you, Chu.