“Stone! Come and pick up all these strips of paper from my floor. Who did this?”

“Argh! I told Castillo not to do this, but he said he was Sharp Boy. He was using his head to cut pieces of paper.”

I paused and looked at my son, in order to process what I was hearing.

“On my bedroom floor? What in the… You know what? Never mind. Just put it all in the trash.” 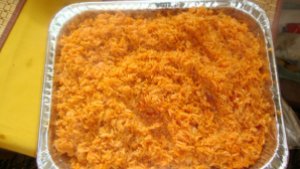 When my children are hungry, I give them rice. When I need to throw on something quick to collect the mail or answer a knock on the door, I throw an enormous bubu over my head. It’s purple and is embroidered with silver thread on the borders. I make it a point to inconvenience my children by calling them from downstairs to hand me something at the foot of my bed. I have all of the trappings of a “real” African mother…and yet I am lacking in one thing: the awestruck fear that washes over my children’s playmates upon encountering my presence!

I don’t understand it. My husband and I are not small people, and as a pair of Big Black People, there is a certain level of trepidation we ought to expect from people smaller – and infrequently, less black – than we are. And yet, when it comes to the snot-nosed, trilling little urchins our children have selected as friends, we are denied that satisfaction. These people do not fear me at all! This is distressing, because we’ve skipped over an essential step in the African parent/friend of the African child dynamic. They are not my co-equals, but they have already assumed the benefits of co-equality. They are comfortable in my presence, and I am not comfortable with that.

There are two children that my kids play with on a daily basis. Castillo* and Carmen* are from Columbia. Castillo is Stone’s age (5/6) and Carmen and Aya are in the same grade. Sometimes the other girls play with them, but Stone and Castillo have made it abundantly clear that they want nothing to do with the sticky, glittery, cardboard universe that the girls recreate day after day on my poor hardwood floors. About six months ago, I got tired of stepping over dolls, bits of cut out paper and rubber bands, and decided I would be safer (and saner) within the confines of my bedroom, watching Crackle. I don’t know what motivated these people to follow me into my sanctum, but a sanctuary it is no longer. Just two days ago, I realized a pattern had emerged because I had failed to be vigilant. Castillo was in my bedroom…and he had brought all of his toys.

Don’t be alarmed. I would never allow a neighbor’s child and I to be in private, secluded company with each other. This is America! Castillo was in my room, and so was Stone…and so was Liya…and so were Aya and Carmen. I was watching Star Trek and Worf had just engaged in battle. Covering his ears and closing his eyes, Castillo declared that the Klingon was scaring him! I picked up my remote and changed the channel to Sesame Street. 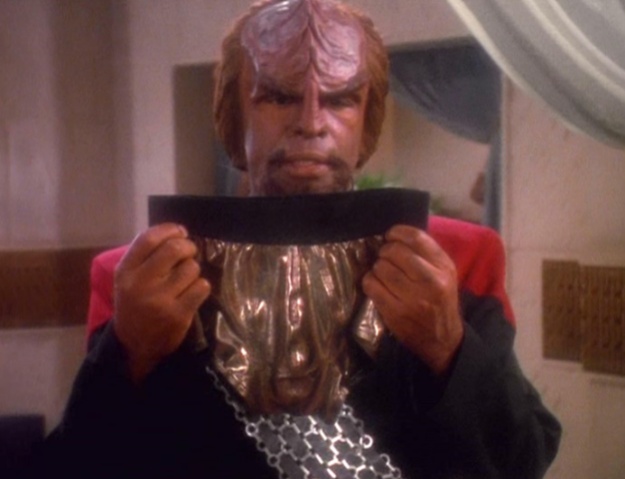 I did this while leaned up against my headboard in MY room. He made this declaration while sitting on the ottoman at the foot of my bed. And for the next 20 minutes, we all watched Sesame Street until the collective decided they had had enough of Abby and Elmo counting and went to play in other parts of the house. 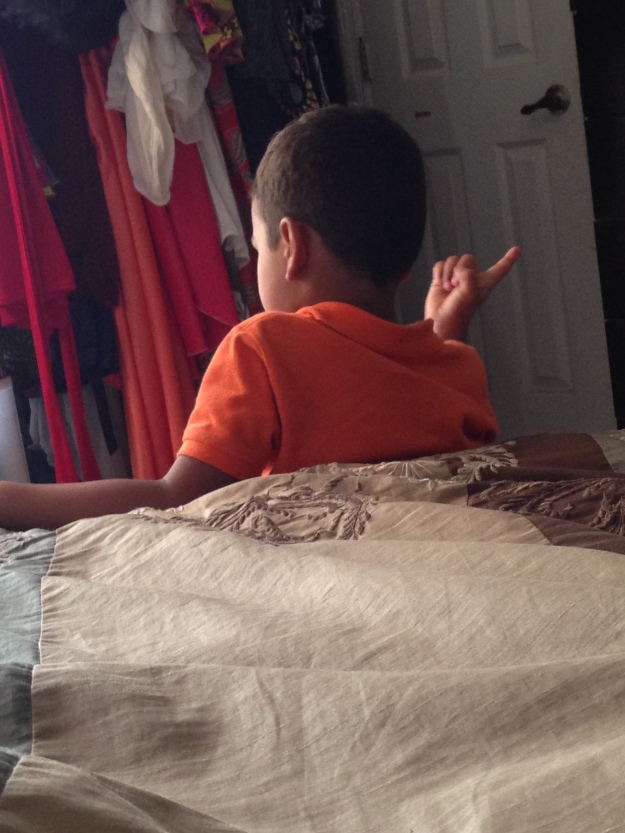 Dude. This is really scary. 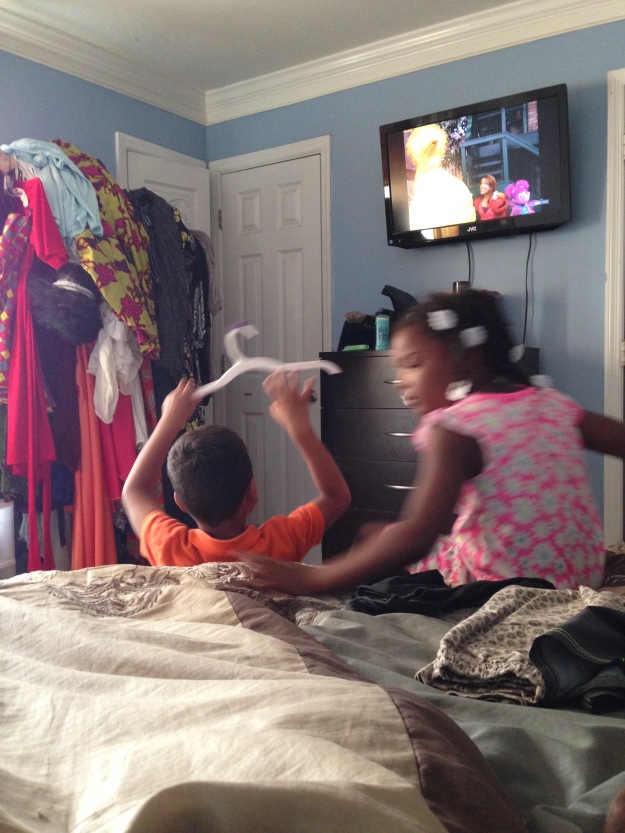 Why don’t I stretch out while I make your moms watch Sesame Street? Awww yeah.

Now, I don’t know about you, but as an African child, it would never even occur to me to enter the bedroom of a friend’s parent. As a matter of fact – and depending on the friend – it would never occur to me to try to gain entry into their house. And yet, Carmen and Castillo feel perfectly fine coming into my house, eating my popsicles and leaving a trail of Lays chips on the floor without a hint of hesitation. They don’t even call me “auntie” in deference. They don’t even call me “Miss Malaka” in mock politeness. But they are consuming my food like I birthed them.  How did this happen? When did this happen? Do you know how bad it is? Listen to this:

Marshall often gets home around 6 pm. His A/C in his car has been out for well over a year. He hasn’t bothered to get it fixed. We live in Atlanta. People do not live in Atlanta without A/C. By the time he gets home, he is a sweaty frustrated mess of a man. The house is destroyed from where six children have been playing for hours. He takes it all in stride, stepping gingerly over the mess to make his way up the stairs where I am hiding in my bed. Except I’m not “hiding”, because Stone and Castillo are in the room with me. Marshall walks to my side of the bed to salute me with a kiss. Then he turns to greet the boys.

The boys have not greeted him ooo… My husband is greeting these two impudent small boys.

“How was school today, Stone?”

“Castillo…how was school? Do you like your new class?”

Castillo looks at him as though he has asked him to define and explain quantum mechanics. Like Dude. You know I don’t know the answer to that, and you’re a douche bag for even asking me that.

Eventually though, he takes a break from sucking on the popsicle he has retrieved from MY freezer to answer with a single, sullen word.

My sister says I am entirely to blame. She cannot imagine sitting in her bedroom for some kid from across the road to perch in her bedroom and inform her that Matlock is boring, with full expectation that she will change the channel. She says Marshall and I have gone mad.

My sister is disgusted with my explanation and summarizes her feelings with “Humph!”

No, but seriously. Even amongst the many Americans who are reading this now: Could you ever see yourself just chilling in your friend’s parent’s bedroom with your little Hot Wheels and racetracks and doll clothes like it was YOUR house? Like you belonged there? No! You cannot! I only recently got comfortable entering my BFFFL’s mom’s room two years ago, and we’ve been friends for 21 years. Na you 5 year old boy?