The first time I heard about Daniel Holtzclaw – and the atrocities now synonymous with his name – was in September of this year. Now that the depth of his crimes are widely known, it may shock many of you to know that he was placed under arrest as early as August, 2014. It certainly shocked me! Because despite the fact that Mr. Holtzclaw was being held on suspicion of raping/sexually assaulting/sexually battering/orally sodomizing 13 women, this story did not garner the type of media attention that news of a serial rapist with a badge ought to have. We’ve heard about the Chipotle E. coli breakout with more frequency than we’ve heard about Daniel Holtzclaw. Indeed, if it were not for that obscure blog post that I came across, coupled with the spurts of chatter I encountered on Twitter, I would not have heard about it at all.

“How did this story get missed?”

“Why have I not heard about this? “

“Wait, what are you talking about?”

This is the general tone of the reactions I’ve seen and read in the less than the 24 hours since Holtzclaw was found guilty of 18 of the 36 charges against him. If you want to get a true sense of how little the media cared about this trial – and by extension, Holtzclaw’s victims – search for any articles surrounding it prior to this month. I wager you that they all lead with the same query: Why isn’t the media talking about this case?

I have my own thoughts about why the mainstream, white-controlled media did not cover this story extensively and why so many of us were left in the dark. And yes, it has everything to do with race: or more specifically, the race of the victims. If a Black cop had raped 13 white women with the same boldness and regularity that Holtzclaw committed to, he’d have been hung. If a white cop had raped 13 white women, we’d have near to-the-minute updates on the matter with the frequency of a Fox News terror alert, post 9/11. That his victims were either poor, prostitutes, had a history of criminal backgrounds, a combination of the three and BLACK made them less “credible”. Less believable. Less valuable. Holtzclaw knew this, and sadly so did they. This is why most of his assaults went unreported until the “perfect victim”, a middle class GRANDMOTHER with no criminal history lodged her complaint and effectively got a predator off the streets. This was someone that the authorities – and more importantly, a jury – could believe. If not for this, he might still be walking free and raping more women today.

It is at this point that I want to confess the reasons that I did not write about the Holtzclaw trial: I didn’t, because I couldn’t. I couldn’t bear the emotional trauma of investing my hope in a criminal justice system that has shown itself callous to the very existence of a particular segment of the American population and witness it fail this group of women again.: Just as this same system has been failing Black women since the day we were shipped onto these shores four centuries ago.

We’ve watched cop after cop and one vigilante after another walk scot-free after being found “not guilty” for insidious things by all white juries. We’re heard reports about how these same murders would have never gone to trial if not for video evidence of encounters where they reported feeling “threatened” reveal how they themselves were directly for escalating encounters that have led to the deaths of Black men and women with alarming frequency. Some of these victims had degrees. Some were football players. A few smoked marijuana. None of that meant they deserved a street execution. Off the top of my head, I can only think of three incidences that have resulted in either a conviction or mere suspension of the killers and maimers involved in the hundreds that have swept the nation.

So no, I did not think that Daniel Holtzclaw would be made to face justice, and I certainly didn’t expect an all white jury to hand him a 263 year sentence to serve as penance for his numerous, viscous, beastly crimes. I didn’t have that level of faith in America. 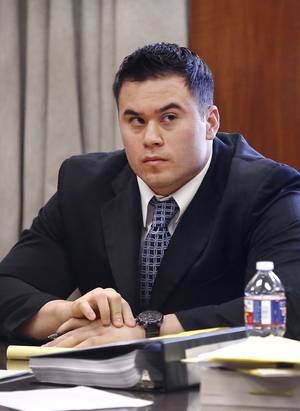 In a sick way, it’s for this same reason – a general lack of faith in the American justice system to defend the lowly – that Holtzclaw felt emboldened to ravage women (one as young as 17) as industrially as he did. Who would believe them? In fact, it is reported that after receiving what essentially boils down to a life sentence, this man had the gall to mouth “How could you do this?” to the jury as he was being led away. This is white privilege on steroids. Daniel Holtzclaw fully expected to be exonerated for his crimes, like so many perpetrators before him.

It’s not often that we get to see justice accorded to victims in this way – especially when the victims are a “sort” of Black woman. When Anthony Sowell killed 11 women over the span of 2 years, news of their disappearance didn’t even make a blip on the news radar. Why? Because they were prostitutes. Some had criminal backgrounds. They were not considered valuable. They were “less than perfect” victims. No one would believe and no one would care. And just like all people who prey on this class of citizen, the Holtzclaws and Stowells of this world knew it too.

I’m grateful that these victims got justice and that Holtzclaw was made to feel the full rigors of the law. I just wish it didn’t take as many Black female bodies to make the country conjure sympathy. The outcome has also reminded me to (try to) never to get weary in the face of the injustices that we as a group continually face. Even among my “woke” friends, knowledge of the trail was acknowledged but seldom discussed in depth. It’s like we were holding a collective breath, delaying what we believed to be inevitable and waiting for the blow disappointment to crush the victims, and us by extension. This was a disservice to the victims. And if it were I on the other side of this incident, I’d certainly hope that someone with any sort of platform would care enough to make sure that my story got told.

To that end, I salute the Tweeters and bloggers who had the fortitude to speak up on behalf of these injured women where I could not.

How A Kulula Flight Inspired Me to Rethink Aging

Black Is King and We All Squabbling Like Peasants