There are certain givens that I have always assumed would remain givens. You know what I mean? Don’t you have those for your own life? Like, as a woman of faith, there are certain variables I have expected to remain constant for as long as I drew breath.

It is that third given – that one constant that has remained unchanged in my universe since I first encountered Destiny’s Child in the late 1990s – that has been irrevocably altered as of February 6, 2016…and I’m not certain how to deal with it. It was on that day I was confronted with the reality that I like Beyoncé (or this Beyonce, at least), and that I’m elated about it. I have no idea what I’m supposed to do with these new feelings!

No doubt you have seen Bey’s new video Formation. And if you haven’t seen it, you’ve heard about it. And if you haven’t heard about it, you will. It’s inescapable. Unless you have dedicated yourself to a life of perpetual hermitage, you will be touched by the power of Formation. It has literally changed everything, for millions of people, everywhere.

The entirety of my Monday was spent reading one think-piece after another about what the song, the video and the artist responsible means for Black people, expressions of Blackness and what it means to exist as a person of color in this country. I couldn’t get enough. My entire paradigm had been shifted – and shifted in a way that I had not anticipated – by an entity that I felt sure was completely incapable of such a feat: Beyoncé, the capitalist, the pseudo-feminist, this Jezebel of the music industry! But you know what? No matter how you may feel (or have felt) about Beyoncé, there is no denying that she is a powerful woman. And let there be no confusion: Formation – and the reactions that is has wrought – are indeed powerful. Because if Beyonce has garnered the freedom to express herself completely Blackly, then it means there are a lot more changes coming down the pike for the game. Expect unapologetic Blackness everywhere.

I have no intention of boring you with my personal interpretation of the song’s messaging in either the lyrics and imagery employed, as numerous writers have accomplished this coup more eloquently than I ever could. Formation is a celebration of a peculiar sort of Blackness/queerness/Southerness that I feel unworthy to try to explain, although I do feel a sort of distant kinship to. Like, if you don’t know the significance of carrying hot sauce in your handbag or understand the magnitude of being treated to Red Lobster for a job well done, then it’s okay to keep it moving and just appreciate these cultural dynamics. That may not be your lived Black experience. There’s still plenty in Formation that ought to connect with you as a Black person living in America, though.

The politics of colorism.

Eschewing respectability while employing the use of Ebonics to communicate with a particular audience….

…essentially, all of the things that have been anti-Beyoncé up until this point.

If Beyoncé had just eased us into this, I could handle this in-your-face barrage country drag Blackness with more composure. But she didn’t. She just burst through the gate with it; and that is what has taken me out of my own formation, so to speak. And guess what? I’m fine with that!

I don’t know if it’s because she’s had a baby or got out from under her daddy’s management, but she has grown – dare I say evolved – in ways I never expected. This is the first time in our ‘acquaintance’ that I feel like Queen Bey and I are speaking the same language. Like I said, I dig THIS Beyoncé.

Echoing the thousands of people who have already uttered this phrase this week, I have never been a Beyoncé fan. In fact, I have been downright dismissive of her in the past, dubbing her vacuous and plastic on more than one occasion. Beyoncé has always been a product – a brand. She has been held up as an ideal for public consumption and/or worship. But somewhere between Christmas and Super Bowl Sunday, she decided she had no more damns to give and made sure that the world knew it. And that has made people (and by “people”, I mean white people) really uncomfortable. Or angry. And in some cases, a little afraid.

Now, lets be honest. By the standards of Black Power Movement of the 60s and 70s, Formation is patty-cake fare. Icons of the arts like James Baldwin, Harry Belafonte, and Eartha Kitt have delivered ‘harder’ messages to the mainstream. However, the frequency that those messages was carried on was narrow, deliverable only to a certain spectrum. What makes Formation so powerful is that this is Beyoncé,  and Beyoncé is not supposed to be this…well, Black. Hitherto, she could be relied upon to uphold Eurocentric beauty standards, pander to the ideals of capitalism and appear neutral in her approach to issues facing Black lives. Any work she has done in support of #BlackLivesMatter has been executed under a sort cloak, possibly so as not to offend the sensibilities of the mainstream.

Now here she was, on the whitest, malest, corporate American-est day of the year, clad in all black, syncing her all Black backup dancers in ‘X’ formation (ostensibly a nod to Malcolm X), singing about Afro hair, Negro noses and hot sauce swag! And we were all here for it. Save for conservative commentator Michelle Malkin (who gets paid to troll her own Blackness, poor child) and the odd Hotep, the reaction from the community has been one of universal delight, awe and pleasant surprise. Who WAS this woman? 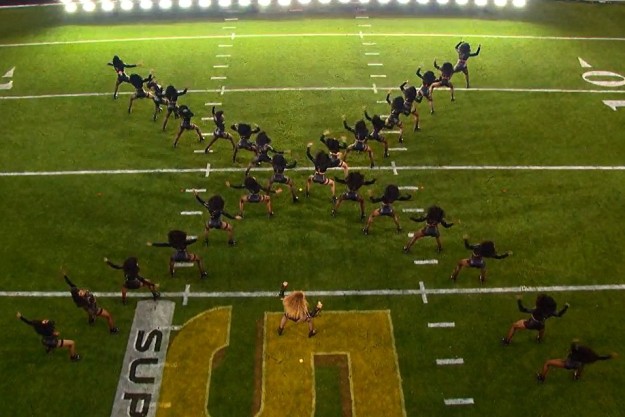 She’s unrecognizable… and that may account for all these white tears flooding these streets. My word, have you been on the Internet in the past two days?

It’s like a tidal wave of white tears outchea.

I’ve seen white people lose it before, but I’ve never seen y’all come unglued at the seams so completely. Not like this. This is some next level stuff. Calling for boycotts and turning your backs on the television like the woman could see you and reading into stuff that just ain’t there…

Here’s the thing white people who are uncomfortable with Brand New Bey may not understand: She wasn’t talking to you! Beyoncé, in that moment (and every time that video plays  or the song hits the airwaves), is a Black woman talking to Black people about Black circumstances. This is not about white people in any way, shape or form. I know it’s hard to accept, but we can’t spend the entirety of our collective Black existence worried about what you think, or how you feel, or how excluded you find yourself in this moment.

Save for the few tokens white supremacy has permitted in the past 412 years, Black people have been excluded from every facet of society and precluded from advancement since we got to these shores. Every aspect of our lives has been lived under and examined from the prism of whiteness.

What sort of housing is good enough for us.

What job opportunities we’re worthy of.

It’s endless! So forgive us – and Beyoncé – if this one time we chat amongst ourselves about ourselves in the public domain… even if that domain happens to be the Super Bowl, the last bastion of ‘Real America’.

I do understand your concern, though. It’s really disorienting when outsiders invade your space, ain’t it? Kind of an imposition? Kind of unnerving? Forces you to do some introspection and re-evaluate your interactions with the world as you knew it? Yeah… I know. But it’s going to be alright.

As Bey so aptly said, “You know you that b*tch when you cause all this conversation.” 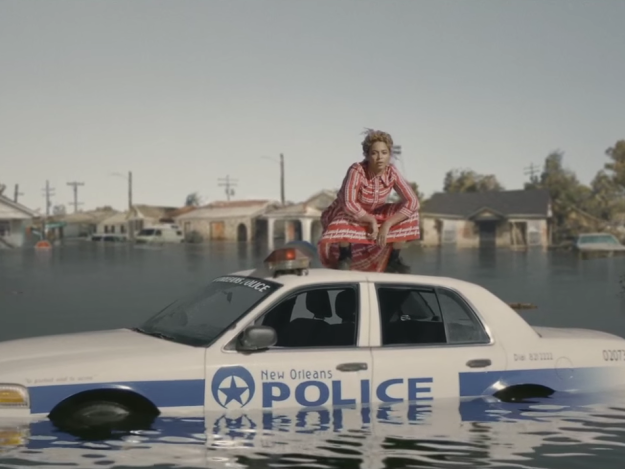 I’d hand you a tissue, but I need it to dab the face of this queen when she’s reemerged from the depths after drowning this cop car.

What Happens When ‘Shithole’ Countries Try To Rid Themselves Of That Stain?

The Dynamism Of Black American Naming