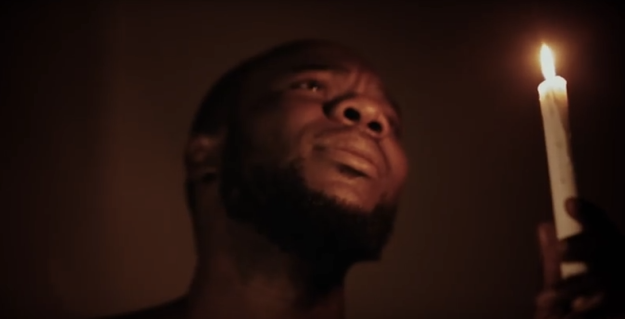 Where dey the savior we dey look for? E be some guy inside the sky or e be me den you?

This is the rhetorical question that forms the opening lines to ‘How Far’, the Afro-electronic anthem that the ancestors and 36 unidentified deities delivered through M3NSA last year. We’re here today to discuss the video that was quietly released on March 24th. I tweeted that I it was my opinion that this is M3NSA’s best work to date, and that’s no meager acknowledgement. M3NSA – who simultaneously occupies space as the other half of both the FOKN Bois and RedRed – has a long and impressive body of work to his credit. However, ‘How Far’ distinguishes itself from the rest of the pack.

To put it into context for those who are unfamiliar with either the artist or his work, Mathematically, M3NSA’s ‘How Far’ is proportional to Beyoncé’s ‘Formation’ under the category of Kendrick’s Grammy performance. No, really. It’s just that dope.

In the coming days, there will be many think pieces written about the video and the symbolism RedRed employed to interrogate the question of how far has Ghana really come after “independence” and/or how far is the citizenry going to let things deteriorate before we decide we’ve hit critical mass.

M3NSA has never shied away from uncomfortable conversations in his music. Typically employing humor and mockery as tools, he and Wanlov (his partner in FOKN crime) hold up a mirror to society, demand that we look at our blemished reflection and hold ourselves accountable. ‘How Far’ transcends that approach. Ghanaians have gotten comfortable with the reflection of a country swimming in filth, feces and corruption. We’ve ‘given it to God’ and explained our proclivities away by saying ‘this is Ghana’. So instead of taking us to the reflecting pool in order to gaze at our countenance, M3NSA drowned us in its waters, submerging himself in the process. 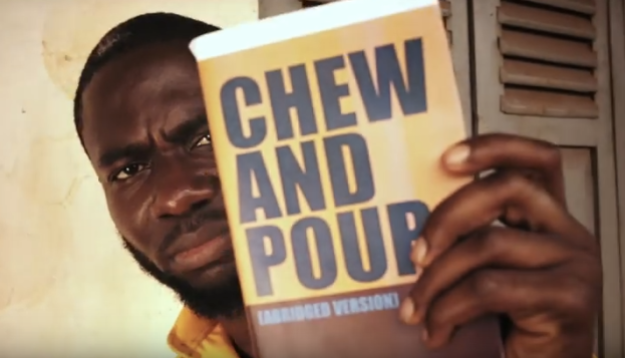 In the video, he assumes several different identities of the ubiquitous Ghanaian citizen: The syto schooler who’s only aspiration is to chew and pour information presented to him in the classroom, rather than to think critically. The profusely sweating police officer stationed at his post looking busy but doing nothing, really. The dissatisfied nurse who will have to go on strike just to receive her salary. The street hawker dashing through the roads in search of a customer – any customer. The preacher warning his congregation of some doom to come if they don’t change their ways. These – not mud huts or roaming lions – are iconic images of Ghana, and Accra in particular. 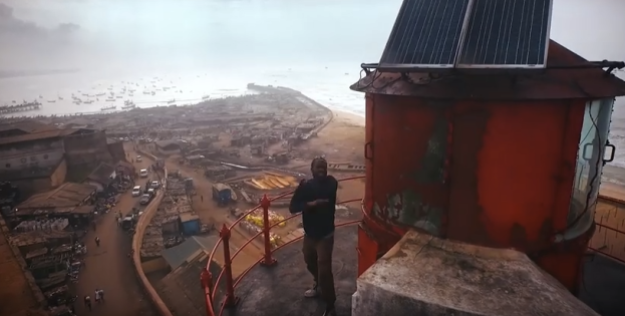 Directed by Jarreth Merz, I believe the use of Jamestown as the main backdrop for the video was absolutely intentional and unquestionably brilliant. Jamestown is one of the oldest districts in Accra. It served as the nerve center for commerce and governance on the Gold Coast. The lighthouse that M3NSA stood atop guided European ships into port and would’ve been one of the last things African slaves leaving the coast would have seen as they were being ferried away to a life of perpetual misery. Jamestown in its heyday was probably cosmopolitan and glorious. Had it been preserved, modern day Ghanaians might have found a way long ago to reap pecuniary benefits for themselves after the departure of the British (the recently created Chale Wote festival notwithstanding). Instead, the entire area has fallen into disrepair and decay – like most of Ghana. Jamestown in the ‘How Far’ video thus becomes a metaphor for the condition of the rest of the country; and not just in infrastructure, but in mentality as well. Twin images of bright eyed children and snowy egrets playing and feasting in filth represent the dual realities of an existence that is both beauteousness and grotesqueness.

In short, we’ve had an opportunity to see how far we could take Ghana and squandered it. 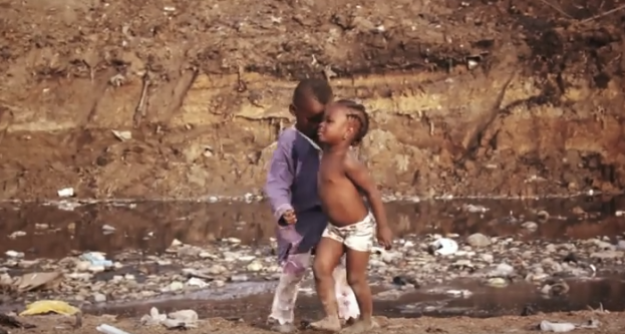 It was M3NSA’s emphatic, repeated refrain of “God bless our homeland Ghana” (the title of our national anthem), that was most remarkable to me. M3NSA unquestionably shuns religion and I’ve never heard him speak of a belief in any deity, only a belief in self. One only has to circle back to the opening lines of the song for evidence of this. Yet in crying out for God to bless our homeland Ghana, he creates a fascinating juxtaposition that the listener has to grapple with. Are we going to wait for a Man in the sky to fix this mess that we’ve created or does the savior we look for lie within me and you? Maybe the answer is somewhere in between. How far are we willing to go get solutions?

Like M3NSA said after that beat drops, this thing is tricky. 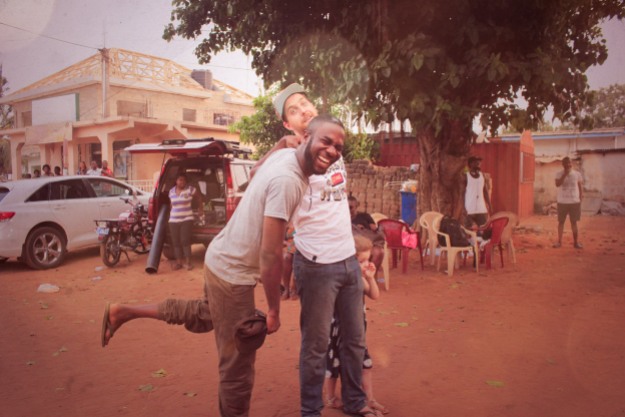 PS: And Imma need someone to analyze that beat. That thang was a monster! Did you hear that? That was some Mozart level work right there! Well done, ELO. Come claim your shine some.

The Reveal: How Photographers Shoot Anyone Who Isn’t Thin, Able Bodied & “Conventionally” Beautiful

This article has 12 comments