None of my English friends are actually “English”. They are English men and women of Nigerian/Ghanaian/Jamaican decent. Their ties to England (and to their precious, burgundy UK passports) usually begins with some 419-marriage-for-papers; or with their parents lucking out by getting pregnant and delivering them in the UK whilst in university during the 70s; or by overstaying their student visas and slotting themselves firmly into the cog work of English society. They are English in the same way that I am American: African by birth, Western by chance. And yet despite this cumbersome, shaky relationship with our adopted countries, each of us has taken on the mantle of continuing the old rivalries from the original inhabitants (or invaders). African-English folk refer to us African-Americans as “you Americans”, an appellation that is usually followed by the phrase “are so dumb”.

Among our many crimes as Americans are:

You get the picture.

There is a tenuous relationship between Britain and America, one built on admiration won and disgust earned in equal measure. Yet through it all, the English have always maintained their position of racial, cognitive and social superiority. America’s latest offense? Allowing Donald Trump to get this close to the presidency. How stupid can you Americans be?

Well, now thanks to Brexit – a contraction and joining of the words Britain and exit – you Brits can answer that question simply by looking in the mirror. Muahahahahaaa!!!

Can I tell you how delighted I am? This is just fantastic!

As I watched the Pound slide to 30 year lows after the results of the vote were announced, I was met with a sense of awe. This quickly gave way to a perverse sense of pleasure. Yes! All your too-known. All your fear mongering and xenophobia. Here are the fruits of the bitter seeds you’ve planted. Who’s the dummy now?

And then there was THIS chick, whose regrets apparently represent a fair majority of the voting populace. Look at her face.

Been hearing people like this all day, and they’re making me just more angry pic.twitter.com/NW9sfH3XWd

//platform.twitter.com/widgets.js
Like the guy who found the perfect relationship, couldn’t decide if he wanted to pull out or not, makes a hasty decision, and now he can’t live happily squandering the fruits of Oprah’s hard earned labor. This coulda been YOU, England:

Now, top EU leaders want England to pack its stuff and get out as “quickly as possible”. Hei! Talk about a bitter divorce!

Now, of course these setbacks – the pounds sharp decline, their economy shrinking by 100 billion in ONE DAY, the hysteria and morning after regret – are only temporary. I mean, this is Britain, conqueror of the entire world. They will rebound, because allowing this once great superpower to collapse completely would signal a devastating end to Western superiority as we’ve always known it; And though they may want to punish Britain in the short term, those who believe in the cause of white supremacy will never allow this to happen. Britain can’t become a failed state. It’s not like it’s Ghana where corruption is the norm and patriotism is a myth. This is Britain. The Queen lives there.

Nevertheless, this is a great day for America and Americans. We get to look at England and thumb our noses back, for once. We are finally on equal footing. You Brits, with your cricket and your afternoon tea and your NHIS are no different from us. Our paths our now firmly entwined. Welcome to the future. 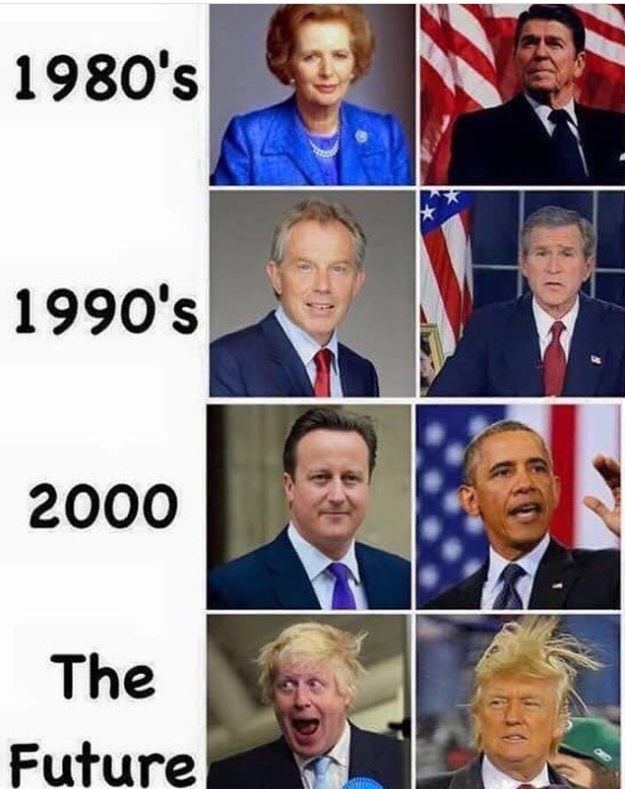