Honestly, I forgot it was there.

August is Women’s Month, and last night I went to our school’s annual ladies get together: Fabulous Women. Fabulous Women…what? Dancing? Eating? They said, “Haibo! We said ‘Fabulous Women.’ Finished! You just buy your ticket and come. And so I went.

The event was hosted at White House and catered by Nguni, two of Plettenberg Bay’s most iconic brands. Walking in there was like being in a medieval Viking fairy tale. The room was lit by ornate wrought iron chandeliers, the light of which reflected off of shiny, sable wood floors. 20-foot long dining tables were adorned with the colors of fall – rust colored foliage and wild berries of blood red. 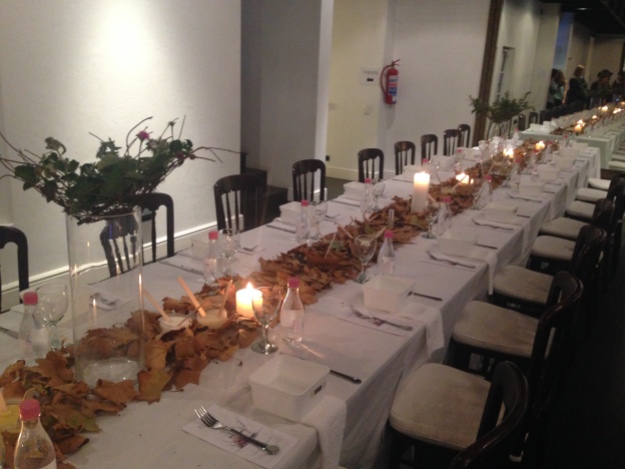 It was definitely intimidating, but there was a cash bar that aided more than a few women with their quest to secure liquid courage. Many of them became far more sociable with a mojito in their hands. Soon the room was filled with chatter, albeit polite and tepid.

The guest speaker for the evening was a local entrepreneur whose name I didn’t catch. She’s the owner of Elixir Skincare, an essential oil and aromatherapy line produced in South Africa. The importance of this will become apparent enough and soon.

Elixir Lady had set some jars of some of her potions and lotions at each guest’s seat – scrubs, facial oils, lip balms and heel repair serums. She told us to dig and play with the items before us as she spoke passionately about the benefits of essential oils. One of those benefits is how they positively affect mood. If I had to guess, I’d say there were about 100 women in the room, each releasing an aromatic cornucopia at different intervals as they scooped out product from the jars. Within minutes, the atmosphere in the room was altered. It was charged, electric. Women were gasping and “on my!”-ing and touching each other everywhere. It was like participating in an opium-fueled stadium rave…but without the vomit and ever-looming threat of death. We were all glistening and oily and smelling and feeling good. What was even better? Some of my favorite TV characters were in the room!

I felt GREAT. Better than I have in a long while… Which is how everyone in the room found out about the contents of my purse.

A few lucky women (I was not one of them) had numbers stuck to the bottoms of their seats. Those numbers afforded them gifts or vouchers to redeem at stores all over the area. There was more (moderate) shrieking and polite applause as ladies went up to the MC (known as the Mommy of Ceremonies) to collect their prize. The Mommy of Ceremonies broke the momentum by asking each woman to pick up her handbag and counting the items inside.

“Please raise your hand if you have 5 or more items in your hand bag.”

Hands shot up all over the room.

There will still a few of us with our hands raised. Eventually the MC reached the 65 item or more mark. One girl stared me down menacingly, as if to doubt the veracity of my claim that I had such an enormous haul in my handbag. I mean…come on. I’m a mom for FOUR kids who just moved here from Atlanta. I have at least 65 merchant cards and snack bags alone in various parts of my purse! I confidently kept my hand raised until I and two other women were instructed to come to the podium to prove we had as many items as we claimed in our bag.

I unzipped all my compartments and began to empty them onto the table. Chop sticks, a fork, a shot glass, 3,000 receipts and a sanitary napkin made an appearance. And them something blue tumbled out…something I hadn’t seen in quiet a while.

A sampling of the many items in my bag.

The MC turned red and her co-host did a back bend, slain under the weight of her disbelief and laughter. Vanna White was there handing out prizes for the raffle. I saw her whisper something to the co-host, who whispered something back which then prompted Vanna to double over in laughter.

I was rewarded with a bottle of wine and a bag of body scrub and body potion for being one of the winners of this challenge. Score!

As the number game continued, the MC broke the pattern again by asking if “the woman who had worn her animal print thong to the evening’s event would please stand.”

That’s when Brienne of Tarth got up, dug her hand into her backside, hollered “Whoop whoop!” and revealed the top of her we albino leopard thong – to the horror and amusement of all in the room. 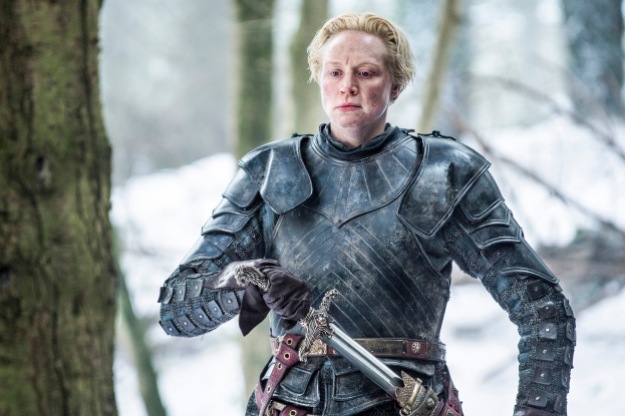 Brienne ain’t care. She ran up and claimed her prize letting haters hate and choke on their bobotie.

I was engaged in conversation with Doris Day, my daughter’s new teacher when I heard Mommy of Ceremonies issue a dare.

I pulled out my chair and leapt to my feet. “ME!”

“But you haven’t even heard the song yet!” 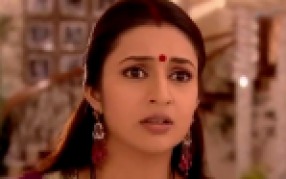 My friend Divyanka Tripathi stared at me wide-eyed. “Can you sing?”

It was more of a statement than a question, probably borne of the stereotype that ALL African Americans can blow…and play basketball.

“Girl, naw I can’t sing,” I replied. And then I ran to the podium to get the mic.

“The song choices are I’m Too Sexy and Rochelle.”

Now, to be quite candid, I don’t know the words to I’m Too Sexy either – which I announced unabashedly, because as I said I was feeling GREAT by this time of the evening – and proceeded to croon a list of things which did not match me in sex appeal.

White women went screaming everywhere, caught up in rapture. Is this what it’s like for the brothas? If so, I get it. You can be TOTALLY mediocre and be the darling of the party. And the darling I WAS.

…Or at least I was until Axl Rose’s twin sister came forward and gave a raunchy rendition of Rochelle, a Euro-pop rock ballad I have never heard and am not likely to hear again. The judges couldn’t decide who sang the best (or worst) so we split the prize: a hamper from some boutique and another bottle of wine. YES! 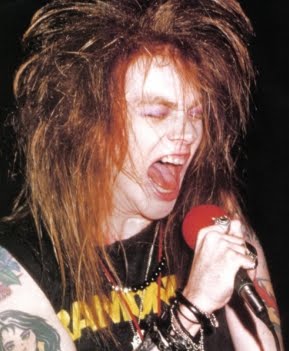 Just as I was preparing to leave, I felt a tap on my shoulder. The tapper is the co-host for the evening.

“You are SUCH great fun!” she gushed. “Would you open the dance floor with me? It wouldn’t be right if you didn’t.”

I stared at her with tears in my eyes. No one has EVER asked me to open the dance floor. You know why? Because it’s on the list of Black Things (cornrowing, wrapping hair and singing) I can’t do! Did you think I let that stop me?

You shoulda seen your girl flopping around that dance floor. My new friends were flopping with me.

A few people have told me they’ve heard I’m an author, which is surprising because I’ve only mentioned it to two people. By next week, I expect that my butcher will greet me with a sly smile and make some cunning comment about meat and electronics.