I suffer from infrequent bouts of depression. This should come as a surprise to no one. I’m an almost 40-year-old African American woman who is living in a time of state sponsored violence against Black people, a possible Trump presidency and Super Gonorrhea for which there is no cure. So yeah, I have dark days.

This most recent bout has lasted for two weeks or better. I don’t really count the days anymore. I just wait for the depression to lift. As a woman who suffers from a mood imbalance, I consider myself lucky, oddly. I know a handful of people who have to live with clinical depression. For them, there is no “waiting it out”. Medication is the only way forward for them. They have to follow a dedicated regimen of therapy and pill taking…just to function. It’s difficult to admit, but for some, depression HAS no cure, because it often exists in tandem with other mental infirmities that require their own special attention. As evidenced by the presence of my 4 children, 2 of whom were conceived while I was on The Pill, I am not very good with following a prescription regimen. So yes, even though I go through these phases several times in a year, I do consider myself fortunate that I suffer the sort of “mild” depression I have endured since I was 12. Are thoughts of suicide considered mild? I dunno… 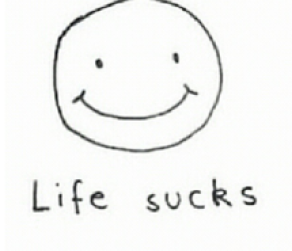 I’ve never seen a therapist for my depression, because Black people and Christians don’t need to seek the assistance of therapist. All we need to do is draw on our reserves of Ancient Black Strength and Jesus and the problem should disappear on it’s own. If your depression persists, it’s probably because you’re not praying hard enough or spent enough time considering all that the ancestors have gone through to bring you to this comfy point in your life – a life where you get to while away your days in front of a PC, listening to people opine about how and why reverse racism is actually a thing, or if women didn’t want to get raped they wouldn’t be outside after 8pm. We have a (half) Black president and a tax-free back to school shopping weekend coming up. What in the world is there to be depressed about, Malaka?

As I am always compelled to do, I searched for reasons for the depression I was (and still kind of am) experiencing. I tried to call to memory the causes. The screwed up thing about my sort of depression is that there often is no cause, at least none that should be big enough to warrant my staying in bed all day and sullenly stabbing at my dinner, but this time I was able to pinpoint a few. The most immediate one was loneliness.

In moving to South Africa, I completely underestimated what a negative impact being severed from physical relationships with my friends would be. I knew coffee with MX5 of Tuesdays was important, but in these 3 months without her have revealed that those dates were vital. I miss cackling with Frances for brief moments after church. I miss kickin’ it with Tia. I miss the exciting world of art that Tosinger ensnared me in. I miss my friends. I especially miss my sister. Acquaintances are great, because this awkward politeness has gotten old really fast. I wasn’t made to exist without strong, meaningful, female relationships. The husband and kids can never be a substitute for that. The time difference between our two continents has only helped with the isolation I’ve been experiencing.

Because I was feeling so isolated physically, I turned increasingly to social media for a panacea. This backfired, horribly. There is a direct relationship with increased twitter use and the chances of encountering codswallop in the form of the Internet troll. The trolls then found my blog, and my comments section, naturally. YOU don’t see the mean, senseless and hateful things people write in the comments because I don’t approve them anymore, but I have the unenviable job of scanning and trashing their disposable rumblings. A colleague suggested I just disable comments altogether, but not wanting to cut off a link between myself and the readers with whom I have an actual relationship, I cut the comments off automatically after 24 hours. It usually takes that long for a troll to gather his reinforcements. I then cut back on my social media use.

Funny thing about that. There is also a direct relationship with my social media use and book sales. Because my voice was largely silent on Twitter (RTs do not count as a “voice”), my book sales plummeted. And by plummet, I mean do not exist. I haven’t sold a SINGLE book in August on any of my retail platforms. This did not help to alleviate my depression.

So by now, I’m convinced that anything I write is either going to inspire a hateful comment or be a waste of time because it’s not earning me anything…so I just stopped writing altogether. Instead, I baked.

I also read books; some amazing, some not so much.

I bought fabric and a glue gun and watched YouTube DIY accessory videos.

And then I had to eat all the deserts I’d baked which led to rapid weight gain, which made me what? Come and claim your prize if you said: ‘More Depressed!’

Then I started comparing myself to other people. People are always trying to knock down Lydia Forson. Why didn’t I have her grit and tenacity? Why doesn’t my middle finger function as quickly as hers? Or Serena Williams. Look at all the hate she gets from all angles. What is the writer’s equivalent of an EAT THIS clap back twerking video? And WHY don’t MY thighs look like that?

The more I fretted, the less I wrote and the more convinced I was that I was a crap writer anyway. Me? A crap writer? Had I actually thought this thought? This had to be the devil! Did Jesus hear Satan say this? Why hadn’t He come to deliver me by now?!?

The good thing about God is that even though S(H)e never shows up when you expect S(H)irm to, the timing is always right. For me, God showed up in the person of Sharlene Appiah, who called me on Tuesday out of the blue. We didn’t talk about anything that should have particularly made my depression lift…but it did. Something in her voice just broke it for me. And then I wrote about Usain Bolt and fried plantain.

I don’t know how long this good feeling will last, but I’m grateful for it. I don’t know if I’m back on a writing streak or not. All I know is that for today, #AmWriting. For today, that’s going to have to be enough.

Do you ever suffer from depression? Is it difficult for you to open up about? If it is, you should check out Bassey Ikpi’s Siwe Project on Facebook, Instagram and Twitter. You’ll find an embracing, supportive community and resources there. 🙂 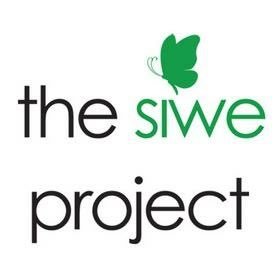 How Much Time Do You Invest Into Your Personal Development?

I Have Lots of New Goals For 2022. How I Plan to Pave My Road to Success With A Series of Robust “Hell Nawls”