Last week we saw #TeacherBae briefly captivate our online attention. #TeacherBae is the hashtag that became Patrice Brown’s – an Atlanta public school paraprofessional – digital appendage after pictures that she posted of herself at work and/or at play on Instagram went viral. She’s a beautiful woman with a full, curvy body. Black Twitter did not disappoint with the jocular commentary that we’ve come to expect during such occasions. A fair number of men jested that they might have paid attention in class if she was their instructor. Most of the comments I saw from women were positive, expressing their admiration for Ms. Brown’s fitness and confidence. Naturally, there was a fair amount of shade, but that’s to be expected. This was a (Black) woman’s body that was being dissected in public by the public. And then Ms. Brown’s images went mainstream all hell has broken loose. It would not surprise me if we were to hear in the coming weeks that Patrice Brown has vacated her post as a teacher – a position she has performed with such distinction that she been reportedly recognized and received awards for – either voluntarily or under duress. APS does not have the strongest track record for supporting its teachers, and have reportedly already coached and reprimanded her for “violating” the employee dress code.

This is not the first nor will it be the last time this week that a Black woman’s features will be deemed “inappropriate”. Let’s not feign confusion about this matter. It’s not the dress that is “inappropriate”… it’s Patrice Brown’s body IN the dress that so many people have taken umbrage with. It’s is a quintessential Black woman’s body. We have the lowest waist to hip ratio of all ethnic groups. We are (in general) naturally built as close to an hourglass as you can humanly get. Just like melanin affords us the gift of slowed aging, genetics means we have big hips, small waists and a full bosom on top. If you had put an average Asian woman of the same height and weight in the same attire as Patrice Brown (or Peace Hyde or Beyoncé) had worn, the visual results would be drastically different and probably more tolerable to the general public. So it’s not the dress that her detractors are dissenting to…it’s her body. This is an argument that Preston Mitchum lays out brilliantly in an article he wrote for The Root.

There is a certain level of disdain for/fear of/envy that is specifically accorded Black women’s bodies that is frankly, really bewildering for us. We are human; and are there some of us who crave attention? As humans, absolutely. But just like the vast majority of white women do not get up in the morning eagerly anticipating having our sartorial choices dissected, ridiculed or sexualized, neither do we. We’re not looking forward to the catcalls, the “Ei guhl, you lookin’ good in dem jeans!”, or the unsolicited comments or groping that thousands of women have to endure each day. The task of dressing “modestly” is not one that easy for women who are built any way other than waiflike and elfin is not only mind-blowingly difficult – it’s expensive. Women who are top heavy have it even worse. (I got you, Tia!)

I know from personal experience the pain and disappointment of buying clothes off the rack. I am 5’5” and at my fittest, my proportions were 36-24-38. After having 4 kids and failing to snap back, I’ve gained a considerable amount of weight, but my ratios have remained the same. Only curvy women know what it’s like to have pants fit you in the hips only to have to suffer that intolerable gap in the waist. Only curvy women know what it’s like to scour racks for hours in search of jeans cut in such a way that the denim will not cut off circulation in your crotch. Materials with stretch have been (and will continue to be) our salvation. These blends are literally the only thing we can wear comfortably and still have a sense of feeling fashionable. You know why? Because the fashion industry ain’t checkin’ for US. Tim Gunn said as much in his op/ed for the Washington Post.

“In addition to the fact that most designers max out at size 12, the selection of plus-size items on offer at many retailers is paltry compared with what’s available for a size 2 woman. According to a Bloomberg analysis, only 8.5 percent of dresses on Nordstrom.com in May were plus-size. At J.C. Penney’s website, it was 16 percent; Nike.com had a mere five items — total.”

Brotha Tim: WE know this and we thank you for making it plain. It is for these reasons among others that some of us have had to take matters into our own hands… literally. Such was my sister’s frustration with shopping off the rack that she has taken it upon herself to learn how to sew her own clothes. Between buying material, a fit mannequin, two sewing machines and the man-hours involved in making the garment, this is a costly pursuit. But if a curvy/plus sized woman wants to wear something flattering and modern, she’s going to have to:

The latter-most option is the one the majority of us opt for – which incidentally is what a certain mulish section of society finds offensive. You can all kick rocks. You have no idea about this struggle. Your opinions are nonsense, invalid and unwelcome. Did we not all watch Leslie Jones’ struggle to find a designer to dress her full-figured body for her red carpet premier? Even the so-called elite among us is not spared this humiliation.

Much has already been written and discussed about the policing of women’s bodies, but it seems everyone wants to be and has appointed themselves as the Black Woman’s constable; not just in America. It might both sadden and comfort Ms. Brown to know that she is not the only teacher to come under fire for “indecently” attiring her assets. These two teachers in Zimbabwe were reprimanded and publicly shamed for being too “sexy” in the classroom.

This teacher was rebuked and sanctioned for dressing too sexy for work.

Where you gonna find a skirt to “appropriately” fit THAT??

Critics say that their clothing is a distraction for children. I say you see what you want to see.

To the pure, all things are pure, but to those who are corrupted and do not believe, nothing is pure. In fact, both their minds and consciences are corrupted.

There is an image – an optical illusion that made the rounds after a study was conducted exploring the links between perception and experience a few years ago. It always comes to mind in moments like these. What do you see when you look at this? 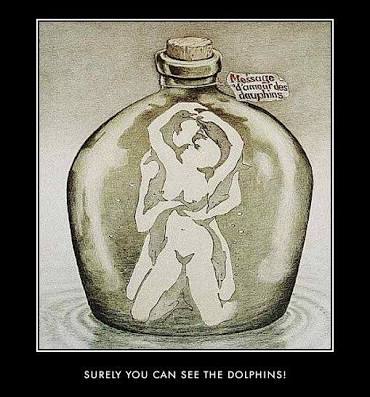 America has dubbed Patrice Brown ‘the sexiest teacher alive’. You all imputed that standard on her. You’re the problem; her dress is not.