The election is over, thankfully. We’d all hoped for some normalcy to return to our lives (Trump’s repeated threats to rip apart families and unleash his Gestapo on communities of color, notwithstanding) but things have only gone on to get more and more bizarre. Now, in post-racial America, we have white people who are convinced that they number among the racially oppressed. They have termed this phenomenon ‘anti-white bigotry’.

I have yet to find anyone who has been able to explain what anti-white bigotry actually is, how it has adversely affected white communities, or robbed them of their humanity or one way or another. If anyone from the Reddit community could do this without referring to me as “nigger” or “cunt”, as so many who wandered here after my Tomi Lahren piece did, it would be much appreciated. Because as it stands, many people are uncertain about how pointing out white delight for Sperrys, roller derby, fresh fruit and now – pumpkin spice – equates to having to navigate voter disenfranchisement, redlining, police brutality, stigmatization, and so on. Inquiring minds want to know!

I have come to the conclusion that white Americans are only oppressed in their minds. All of the angst and fear they’re experiencing is the same as the anomalous effect described in Michael Crichton’s book, Sphere. Native Americans are not rallying to chase you off their land, Black people are not gathering up arms to murder you in your beds, Mexicans are not building a wall around Buford Highway to keep you away from authentic food or fresh, affordable produce at the farmer’s market…even though these would all be natural and justified reactions to the way these and other marginalized groups have been cheated, brutalized and dispossessed by mainstream white America. In the absence of that retaliation, certain factions of liberal and alt-right America have identified how marginalized groups are now exacting revenge through reverse racism (which is not a real thing, by the way). Behold! We the Committee for White Tears puts to you that Pumpkin Spice is the new watermelon!

I like watermelons. Everyone does. There is a reason every fruit salad bowl made available at Public is 70% watermelon. In fact, I consider anyone who does not enjoy a sweet watermelon suspicious. However, watermelons and the Black community have a turbulent relationship. Says William Black of the Atlantic:

“…that African Americans are excessively fond of watermelon emerged for a specific historical reason and served a specific political purpose. The trope came into full force when slaves won their emancipation during the Civil War. Free black people grew, ate, and sold watermelons, and in doing so made the fruit a symbol of their freedom. Southern whites, threatened by blacks’ newfound freedom, responded by making the fruit a symbol of black people’s perceived uncleanliness, laziness, childishness, and unwanted public presence. This racist trope then exploded in American popular culture, becoming so pervasive that its historical origin became obscure. Few Americans in 1900 would’ve guessed the stereotype was less than half a century old.”

On the other hand, the elements that make up pumpkin spice have a far less noble beginning. It is comprised of cinnamon, nutmeg, ginger and cloves. Much like sugar, pumpkin spice was initially available to only aristocratic families. Because elitist tastes always dictate middle class fashion, the proletariat in both New World and the Old soon also developed a taste for the aromatic goodness of cinnamon. To feed this new demand, the Spice Trade went into full gear. It devastated natural habitats, cost human life in the thousands, robbed nations of their sovereignty and changed the balance of power.

In that regard alone, watermelon and pumpkin spice sharply differ. The proliferation of one is rooted in economic freedom and the other in colonial, imperialist oppression.

I can understand how a group of people who have never known extensive oppression – or whose ancestors were given preference and opportunities to lift themselves from subjugation, like the Irish – can suffer confusion about what makes a stereotype and what constitutes racism. As I told the bearded twitter user who made the stretch in asserting that pumpkin spice is a racist trope: Denying people jobs or housing because of their ethnicity is racism; Not allowing a Black doctor to help an ill passenger on a plane because she’s Black is racism. Saying white girls love pumpkin spice…is just a fact. And it’s certainly not rooted in bigotry.

Look. I can pick up 15 glossy magazines today, from Marie Claire to Teen Vogue – and I can guarantee you that there will be dozens of mentions about pumpkin spice, boots and wooly mittens. There will be hundreds of thousands of dollars of ad dollars spent to attract white, female consumers to try out pumpkin spice Oreos and/or cream cheese, or participate in a Pumpkin Spice 5K run to support a charitable cause. The simple fact is, white women respond more urgently to pumpkin spice than they do to the sight of a black child gunned down in the street. And this perception – and twisted reality – is not the fault of any person of color. This is an idea fueled and created by white people working at white owned and controlled ad agencies. 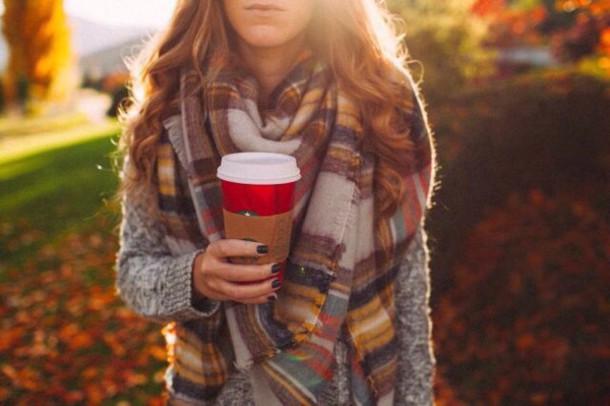 Before you proffer the idea that pumpkin spice is a symbol of white oppression or a tool of Black antagonism, as yourself how many white people died violently in the procurement of pumpkin spice. Has pumpkin spice been used as an emblem of shame? How does the image of a happy white woman in an autumnal glen inhaling its sweet aroma lend to the oppression of an entire group? 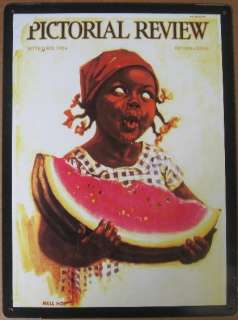 I would love to see watermelon themed fun runs, 5Ks, camping events or birthday parties, but we as a race still haven’t been able to overcome the stigma that is attached to the wonderful, sweet summer fruit. That’s the difference. When a white woman clasps her venti Starbucks pumpkin spice latte, she’s considered artistic, determined even. She’s getting fueled for her day or taking a break from it. *If I sit on my porch, swinging my legs, twisting my pigtails and spittin’ seeds in a cup, I stand a real chance of some douchebag making hooting monkey noises in reaction to my presence. Both substances are used as agents of humor, but only one affords the persons closely associated with it humanity.

*Imagery borrowed from Rasheeda S. who, like me, loves a good piece of watermelon.