How are you feeling right now? My spidey senses tell me you are relieved, but certain elements on Twirra swear you are despondent, based on the tone of the concession speech you gave last night. They forget that I know you better than they do, so we won’t mind them okay? I know you were playing it up for the cameras. I know you are happy not to have to deal with these Team D players you’ve picked up like cat fur on Scotch tape.

I mean, how would it look to all those who worked so tirelessly for your re-election (and 4 more years milking the cash cow that is the country’s coffers) for you to be smiling in the face of such a sound shellacking? You were convincingly contrite and it was one of your finest performances. I didn’t think you had these sort of acting chops within you. When they want to film your biography, don’t let Idris Elba steal your shine. Play yourself.

It seems the pair of us underestimated Ghanaians, my dear Brother John. You for your confidence in the brevity of their memories, and I for believing that there is/was no tipping point for Ghanaian discontentment. You were the Ike Turner to their Tina, the Mister. to their Celie; and like the female protagonists in both diegeses, Ghana walked away from you, your party and everything the NDC has come to represent, head high and heels on. No abuser ever really thinks his victim has the power to walk away until it happens, but here we are today on December 10th, 2016, with reality’s foot shoved way up several people’s jacksies.

You and I both know you never really wanted to be president. You are a fantastic Number 2 guy, and from many accounts, I hear are a genuinely nice person. But you were uniquely unqualified for the job to lead the nation, and that’s what’s gotten us to the myriad of quagmires Ghana is experiencing today. Your response to every quandary was to set up a task force. You appointed people who did not respect you, your office or their personal call of duty. You rewarded impunity and ineptitude on one too many occasions. All these proclivities constitute the old school ways of running a West African nation. If they weren’t, we’d be much further advanced socially than we are now. The fatal error for your party was that the old heads in charge failed to recognize that this is a new century, with new expectations and new technology. Ghanaians can never again have ‘short memories’ because the internet never forgets….and we all have access to data. Someone always has a clip of something you said saved in a file entitled “Mahama Receipts”.

Wow, man. You lost. I still can’t believe it.

Don’t get me wrong. I’m thrilled that certain people (*cough* Stan Dogbe *cough*!) will be out of a job and nowhere near a policy making position, but I can’t actually believe YOU lost. You were supposed to have it all: youth, good looks, and intelligence. But you got too comfortable, bruh. You treated your campaign – and the country, by extension – like it was a part of a line up for a low budget circus or reruns for Saturday morning cartoons. It was too unserious. You pandered to the lowest denominator of guy-guyness with such gems as “I can’t t’ink madness” and posing as an overfed, Ankara clad Usain Bolt on Facebook. Now look at us. I’m sitting here writing about the first single term president in recent Ghanaian history and you’ve got to live with people forever trolling you for that fact. This is patently unfair to both of us. 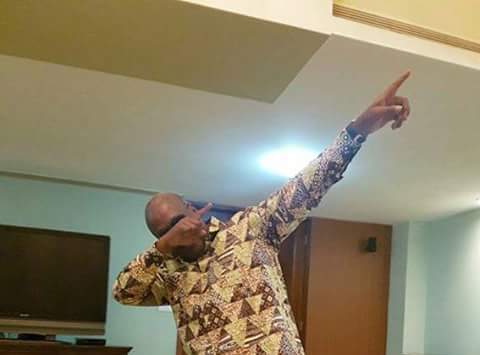 There are two things you said in your concession speech – which I thought was pretty good despite what your tireless detractors say – that I found extremely poignant. You said that you have done your bit as president and that you would leave it to history to judge your contributions.

You were probably thinking of the interchanges you borrowed against and factories you commissioned and oversized sandals that you placed on the feet of impoverished school children when you uttered these words, but your contribution goes beyond that. You, sir, serve as a living example of a right way and an absolutely terrible way of doing things, and that’s not a bad position to be in. We can all glean lessons from your tenure, and those lessons are applicable in business, love, faith, etc.

The list of “don’ts” you enacted is endless. Nevertheless, these are valuable lessons, wherein you and your team instructed us with the domino of failures in policy and performance that we witnessed month after month. If your bootlickers and hangers-on had merely spaced out the scandals, you might have been forgiven and survived this lashing…but you didn’t listen to me. I told you after (and long before) Montie 3 that you would be left holding the bag, but you didn’t listen, John!

I am hurt. Your behavior in that regard is akin to my children jumping into our freshly chlorinated pool and screaming because their eyes are now burning. Didn’t I tell you the pool was not safe to be diving into? Didn’t I TELL you not to pardon those three dolts? But it was as if you didn’t want to receive wisdom!

All in all, you are a decent guy. Truly. You did the right thing by stepping aside. The nation needs to feel like there’s going to be shift in its course, even though for every clown in your cabinet, Nana Addo has his own variety. Dela Coffie is a douche bag, but Ken Agyapong is a b3ntwa nozzle. And there are just as many people preparing to get paid for their loyalty to Nana Addo’s campaign as there were when you came to chop. It’s Ghana politics. People have staked their last meals on this outcome. I grew up attending elite schools in Ghana, and we all know who the usual players are on either side of the aisle who are first in line for the biggest slices of pie.

As for the voting irregularities you mentioned, we know…we know. People are acting like the nation didn’t just use imported Indian indigo and recycled paper for balloting in this election. People were baying for results as if they forgot the process of voting and counting was not the colossal manual affair that it was. People are also acting like voting in Ghana is a completely linear process…as in we put our thumbs down, the votes get counted, a winner is declared, presto! Those who are honest know that there are many more moving parts and external influences behind the scenes, and that is why you did the right thing by just letting Nana Addo live out his dreams of following in his daddy footsteps before he dies. You made an old man happy, and God will bless you for that. But also, let’s not forget that NDC played dirty game by declaring yourselves the winner ahead of the official results in 2012 and the opposition played it back. Perhaps you could work secretly to be a vector for change for this sort of tit for tat politics? Perhaps not. It’s your prerogative how you live out the rest of your days. 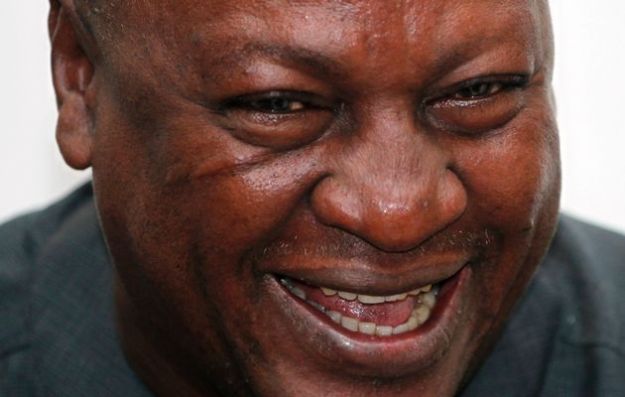 I’m going to miss you, John. I really am. I’m going to miss your infectious giggle, your denim tuxedos and the subversive art that you inspired. Making fun of Nana Addo when he screws up (and he absolutely will, because his last name ain’t Christ) will be seen as ageist and unfair. You know how we venerate our elderly, even (or especially) when they don’t deserve it. I can’t say with confidence that Ghana’s media elite will hold him to the same unwavering standard with which they held you.

But don’t you worry! Nana Addo and his team will never get a pass from me. I will be here to troll them on every broken promise; every time one of their MPs says something disgusting about women; every time a child goes hungry or homeless because of a policy they’ve failed to enact. Because they promised us better and now they must deliver.

Go gently into the night, my Deceased Ruminant. May the grass on the other side of the presidency be sweet, now that you’ve been sent out to pasture. Adieu.