Note: I will tell you all about the brain tumor that’s kept me from writing, but let’s table that for now so we can talk about this.

On the 4th of March in the year of Lord, two thousand and seventeen, it was widely reported that a 26 year-old restaurant manager named Jihad Thaabn grabbed Evelyn Boakye by the neck and rubbed her face in blended pepper while hurling abusive words at her. Ms. Boakye is employed as a member of kitchen staff at Marwako, a restaurant in Accra owned by Mr. Thaabn’s brother-in-law. The attack went on for 10 minutes before she was released from Thaabn’s physical grip. As she stood washing her face, Thaabn’s anger was reignited for reason’s that have yet to be explained. The attack continued. He grabbed her again and locked her in a room for 6 hours, refusing her medical treatment while forbidding her fellow employees from offering her assistance.

It’s reported that Thaabn warned that if anyone tried to intervene, he’d have their job(s). All these men and women could do was stand by and watch “helplessly” as their co-worker was physically tortured and held against her will on the premises of their place of employment. Upon her release, Ms. Boakye alleges that she was warned not to report the matter to the police. It took her two days to gather the courage to report the matter, still not having recovered from the chemical effects of having pulverized scotch bonnets rubbed into her eyes. 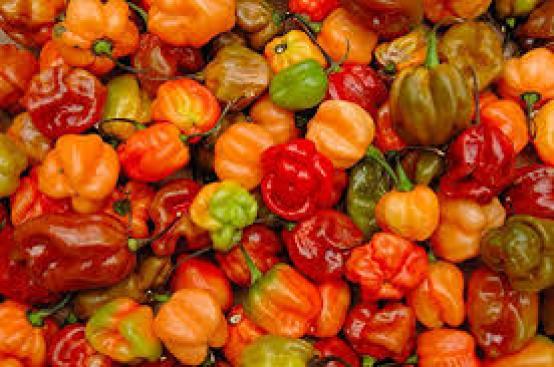 As one would predict, there is a healthy dose of outrage expressed all over the country. There is also no small amount of indifference, with people very eager to move on from the incident because there are “bigger issues” plaguing Ghana than one Lebanese man abusing his subordinate. After Ghanaians have argued about whether Marwako should be boycotted/who really suffers in the wake of a boycott/whether we all shouldn’t just leave this to karma and God, we will spin in circles until nothing is actually done to address the root causes of employee abuses in the nation until the next horrifying event. Such is the Ghanaian’s cycle. We know it, and most importantly, foreigners know it as well. There is a reason that Ghanaians have a reputation for being “friendly”, rather than “proud”. Friendly in our context is a polite euphemism for push over. There’s no point in denying it.

Nevertheless, keyboard courage has been exhibited in profuse abundance. I have yet to see a single individual express solidarity or empathy with the other employees who watched Evelyn Boakye suffer through her 6-hour-plus ordeal.

“So what were her co-workers doing while she was being attacked?”

“If it was me, I would NEVER let that man put a finger on me!”

“Oh, if I was there, I would have intervened. Damn these Lebanese to hell! Can I come to their country and behave this way?”

We all would like to think that we would behave heroically in moments such as this – that we would muster all the gallantry of the ancients and right a horrible wrong in that moment. Nothing could be further from the truth. If we all exhibited the kind of courage we do while behind the glare of our screens, we wouldn’t let managers get away with sexually harassing the new hire; we wouldn’t sit by while a man beats a street kid to a pulp for scratching his car; we wouldn’t stand by while a trio of men walks into a chop bar in order to slap and punch two women for the crime of being lesbians…allegedly. In fact, we walk by atrocities committed in our communities every day because it’s none of our business.

Second to that, all this haughty talk is the privilege of those who have the benefit of financial security. If it’s one thing dependency robs you of, it’s the license to exhibit courage in the moment. Notice what Jihad Thaabn threatened his sympathetic subordinates with in the midst of his terrorism: the loss of their livelihood if they dared to intervene. The choice between dignity and paying school fees is not an easy one when you have so many people depending on your income. As I sit here and type, I can see the mental wheels of those Marwako kitchen staff turning. I understand why they where rendered inert. I’ve been there myself.

When I was 23, I worked at an organization that sold conferencing solutions. I was only there a short while before I was promoted from office admin to account manager, the direct result of a pending merger with a larger company. A week before the promotion was to take place, there was a brouhaha that I was drawn into between two other AMs and the operator, whose job was obsolete but spared because she was a friend of the CEO. Somehow, I ended up in the CEO’s office finding myself on the receiving end of a verbal assault. She cursed me and the other two account managers who’d gotten me embroiled in an issue that I had no stake in at all. The woman used language that my own father had never spoken to me with, and if the man who was responsible for my earthly existence and education up unto that point had never cussed at me like that, then there was absolutely no way in Satan’s hottest hell that this white woman was going to.

I cleared out my office and quit that afternoon.

This, of course, looked bad for the company (the accounts had already been divvied) and over the weekend I got half a dozen calls from managers and co-workers asking me to reconsider and come back. I refused to listen. I called my father proudly to tell him what I’d done.

“Why would you do something like that?” he asked incredulously.

“Because she CUSSED me, Daddy. How can I work for someone who would treat me like that? Even YOU’VE never cursed at me before…”

Less than impressed with honorable stance, my father said, quite sardonically:

“You should’ve waited until you got another job before you quit.”

Now, as a 23-year-old woman with no children, no car note and minimal bills, there was no reason for me not to have walked away from that toxic environment and say screw it all. What my dad was saying – without saying – is that I was a 23-year-old Ghanaian who had a family to help support back in Ghana and that they could not wait the requisite 3-6 months for a new job to pop. Doing so would stem the flow of that support. My personal suffering….and dignity, by extension…was of lesser consequence.

Three days later, I was loath to return to that job, but return I did.

“I knew she would come back,” my immediate line manager was reported to have said.

Until Ghanaians get to the point where our dignity is worth more than a position frying rice or creating new customer accounts, there will always be a Jihad Thaabn, or an Obinim, or the myriad of powerful-yet-unnotable people at liberty to abuse their staff on a daily basis. The Marwako assault exposes yet again how privation robs a people of more than the things that readily come to mind when we think of the working poor and middle classes; like access to social services and utilities. It also has the capacity to rob one of the ability to express compassion.

Isn’t it scary to think that one day, someone will be too frightened to save you when you’re face is being ground into the proverbial pepper?

‘Niggerati Manor’ Is The Period Drama We’re All Ready For

Where Do The Poor Fit In the ‘Africa Rising’ Narrative?