I  am amazed by how my two youngest children have learned to negotiate their world. Although it may not be with immediacy, they have perfected the art of getting what they want with incredible efficiency. Stone and Liya are now 3 and 2 years old respectively, and even at this tender age have unwittingly taught me several things about how to achieve success in the adult world. Here’s how: 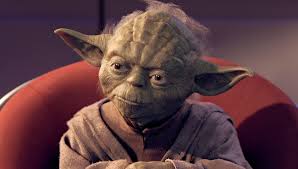 Use the power of suggestive reasoning over your opponent: When Stone asks for a bag of chips first thing in the morning, he has learned that my automatic response will be a swift and resounding “no!”. However, he has surmised that if he asks persistently, I will eventually concede to allowing him to have chips with his lunch later in the day. So now when he asks for chips, and I offer a knee-jerk  “no” response, he looks at me hopefully and follows up his request with “Maybe later?”. Invariably, I will confirm that he can have his chips later…as though it were my idea in the first place.

Be highly visible (and missable): One thing about successful people (or famous ones rather)  is that we ALL know who they are. When they are absent, we feel it. We’re still asking ourselves where Lauryn Hill is. Her presence and music made an impact on us. My children are very good at being visible. They are in my face all the time. When people are accustomed to seeing you and then DON’T, they come looking for you. It’s a shrewd tactic that sales guys sometimes use. Can you imagine that there are some parents who can go the whole day without knowing where their kids are. My toddlers have made it impossible for me to imagine that.

Find the object of your desire and pursue it relentlessly: For all intents and purposes, I am the object of my children’s desire – or at least my possessions are. It doesn’t matter what I’m eating; they want some. It doesn’t matter what I’m doing (eg. taking a dump); they want to be in there too. Nothing is off limits. Not my clothing, not my privacy, not my toothbrush. If it’s good enough for Mommy, it must be good enough for me! Eventually, they are successful in wresting the object of desire from my plump, weary hands and securing it within their clammy little clutches.

Wear weird stuff like it’s perfectly normal: Kanye and Lady Gaga are great examples of this. Anyone who wears a meat dress (as in a dress fashioned entirely out of meat) has to be functioning with the creativity of a two year old. While I don’t keep a ready supply of wearable dead animal flesh in the house, the kids do have a good number of costumes at their disposal that they will wear in public. Like dressing like a gypsy/firefighter/astronaut is something all the cool kids are doing these days! Wearing weird crap gets you noticed and makes you memorable. Matching Gymboree gear is like, sooo boring.

Cast blame on your adversary: Let’s dream up a scenario. There is pasta sauce on the walls and crayon markings on your flat screen TV. Both children have pasta on their shirts and a crayon in their hand. Who is responsible for the carnage in your house? Flustered, you demand answers!

The bickering goes back and forth until your head can’t take anymore. At some point, you decide it doesn’t even matter. You demand that they clean up the mess and then walk away for your own sanity’s sake. In return, they escape unscathed, save for a few harsh words from their superior. After all, they’ve made similar or bigger messes in the past. Congress and the President have mastered this skill rather effectively. Does the American public even care about sequestration? Nope. 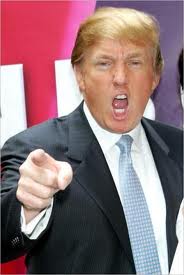 Be louder than the next guy: There’s a reason that the squeaky wheel gets the oil. If everything else seems to be running smoothly, why pay any attention to it? Liya is a guru in the art of loudness, hence the moniker we’ve assigned her: Liya the Loud. Being loud is her superpower. As the youngest child and therefore presumed dweller at the bottom of the totem pole, her voice is the only thing she can use to make her wishes and demands known. A closed mouth don’t get fed, as the saying goes. I think Donald Trump and Nene Leaks are prime examples of this trait. Glory be to God those are some loud people…

At all times, be cute: I can forgive my children of just about anything because they’re so darn cute. They’ve robbed me of things I will never recover, including months of sleep and perfectly taut abs. I’ll never get those back. BUT it’s all worth it for the slobbery kisses and beautiful brown eyes that gaze at the world in wonder. Why did we all defend Gabby Douglas with such vehemence when the follicle gestapo came after her? Because she’s not only brilliant and talented: she’s undeniably cute! Imagine if Nicki Minaj were flying across those uneven bars and had come under attack for her hair. America wouldn’t have batted an eyelash. She looks stone cold crazy…and crazy is the antithesis of cute.

Question everything until you find an answer that suits you: Where would we be as a species if Galileo had rolled over, threw up his hands and conceded that the Pope was right: The world IS flat. Or if Orpah had said: You know what Grandma? You’re right. I WILL grow up to be a washer woman. I shudder to think!

So when my kids tenaciously ask “But WHY, Mommy?!?”, I indulge their curiosity and offer them a series of answers until they find one that suits them and ends the inquisition. I don’t take their questioning as disrespect, but rather a sign of someone in possession of a inquisitive mind and intelligent nature. (Unless the question being asked is about when they will be getting chips.)

This is by no means an exhaustive list of ways in which successful people and toddlers are similar, but rather a starting point to get you thinking about your own kids and how they’ve used their powers to master their universe. I’m sure there are parents out there with kids who are doing amazing (and unspeakable) things in order to get their way. Lord help you all…

This article has 0 comments