This isn’t what I wanted to write about this Monday. I wanted to discuss something with substance… something that was going to make us all think, and ponder, and turn to inward reflection and contemplativeness.

Unfortunately, the fodder I was fed this weekend forced me to contemplate things I’d rather not have. Like Miley Cyrus grinding all up on Robin Thicke in a display so vile it elicited this reaction from the entire Smith Clan.

Where was Paula Patton?? Why didn’t she jump the stage and slap Miley Cyrus silly??? Surely this moment warranted a dirty slap? And who let Miley disrobe herself in such a classless fashion? Sure the likes of Beyonce and even Marilyn Monroe have disrobed themselves and donned barely there threads; but Miley’s skin toned short and bra combo left her looking oily and cheap… like she was covered in an unctuous sheen, the type that only can be achieved by bathing yourself in oxen fat. That’s an image that is seared in my consciousness forever!

Speaking of booties, I’ve been trying to work on reducing the mass and habitable space that it requires to survive. I have thus turned to azonto as my work out regiment of choice. Since azonto is from Ghana, a quick Google search led me down a rabbit hole of other Ghanaian things. That’s when I was confronted with this image. 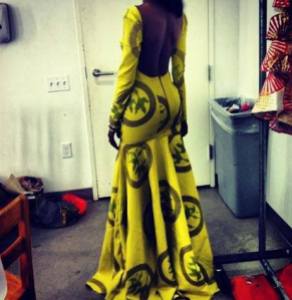 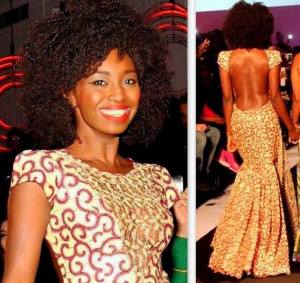 Ah! Each picture was dealing a killer blow to my self-esteem. What kind of slender hip to waist ratio was this? It is the American media’s job to make me feel like my beauty, such as it is, is sub-par, not my African sisters. What was this?!?! We are supposed to stand in malnourished solidarity, whether that means languishing in hunger or stereotypical obesity. Then come all these healthy women with shiny skin and bright smiles to match their bright African print outfits… It was disturbing.

Fortunately, someone brought a warning issued by the US Embassy in Ghana to my attention, so it took my mind off the Arse Fest that was erupting all over my television and phone screen. Apparently, this is the week that Ghana (or its metropolitan areas including Accra and Kumasi) is supposed to go up in flames. For those who don’t know, the Supreme Court is giving its ruling on the outcome of the contested 2012 presidential elections this Thursday, and the Americans think we’re going to act the fool. Please.

They did the same thing when the George Zimmerman verdict was being read too, you know. Scoured social media for threats of violence. Sent undercover officers into the community to discover who was planning mischief. Laid out strategic plans within the police force to viciously quell any upheaval. But shockingly, astonishingly – ANNOYINGLY! – there was no such anticipated riot after the “not guilty” verdict was read. Rather, there was a collective clutching of the breast. The wind was knocked out of us (save the few serf-minded idiots who sided with the verdict), we clicked our tongues, wept, and went home.

No matter how hard you try to train a fish tricks, it will never be a dog. Just because the American government does (and always has) treated Blacks like animals doesn’t mean we are.

Now that Ghana is facing a similar test, they presume to treat us the same way. I hear they are telling their citizens to be watchful and to take extra precautions ahead of the Supreme Court ruling this week.

“Get your binoculars! The zoo animals may try to break out of their enclosures!”

At least, that’s how I interpreted the report.

Let me tell you something about Ghanaians and rioting. Rioting over disappointment is sooo last century; like 1983. Africans who go to court don’t then turn to riots to get their way! If the opposing faction, REALLY wanted to stir up some trouble after the election, they would have done so in the days following immediately in 2012. We are new millennium Africans! They will make their ruling, and the rest of us will carry on with living life as best we can – which means figuring out where the next meal is coming from or when they are going to cut off the electricity. You know, developing nation problems. Ghana isn’t the Congo you know! I fear the American’s will (again) be disappointed when we don’t resort to Banana Republic tactics to vent our frustrations.

A Positive View: How Changing How I Look At Mental Health is Helping me Heal