Dislike of, contempt for, or ingrained prejudice against women.

On April 23rd, Mark Ashong confidently strode into the offices of one of Ghana’s top cellular and data services providers for an interview with the executives that would be deciding his fate. Had had applied for a position as a network engineer in December, and the hiring process had been a long and arduous one. Still, the rewards that came with gainful employment with such a globally recognized brand would outweigh any inconveniences he had suffered over the last few months. Today, he would be meeting with a panel to gauge how he performed under pressure.

A demure secretary with a pixie hair cut showed him into the boardroom where the VP, CTO and his (eventual) team lead were seated. Mark rushed over to shake each of their hands firmly, and thanked them again for the opportunity to meet with them. The team lead was the first to speak.

“I see here that you graduated with a degree in microbiology in 2002?”

“Yes,” replied Mark. He got this question a lot. How does biology support your work in technology? He already had an answer with the phrases “attention to detail” and “creative thinking” prepared.

“So that would make you…what? 35 years old?” the VP asked, her eyes askance.

Mark was taken aback by this query about his age, but thought it best to show respect to these ranking members of the company he hoped to work for and said, “I’m 36…yes.”

Mark Ashong grunted his reply. Yes; he had just gotten married in December.

The CTO clicked her tongued and rested her chin in her hands. Finally, she leaned in and looked Mark square in the eye, asking, “Don’t you think this position would be a little too demanding for you? What would your wife think of the long hours you’d have to put in here? Wouldn’t you be better off with less responsibility so that you could better attend the needs of your home?”

By now, Mark was completely aghast. What did any of these questions have to do with his 8 years’ experience as a network engineer? Trying to draw the conversation away from his personal life, he fished out 3 copies of his CV and handed them over to the directors saying,

“As you can see from my work history and references, I am no stranger to hard work and am willing to put in the time needed to get the job done. I would be a great asset to your company.”

“Mark…can you fry an egg?”
“No,” Mark said brusquely, “but I can architect a Cisco enterprise infrastructure for a Fortune 500 company in two days.”

The three executives glanced at one another before thanking Mark for coming in. He would have their decision by the next day. Stunned, Mark Ashong gathered his belongings and went home to wait for the call. The next day, he recognized the voice of the petite officer manager. She was delighted to inform him that the execs had offered Mark the position of Administrative Assistant to the Team Lead. Would he be willing to come in and sign his office letter?

“How could this be? I applied for the position of Network Engineer!” he gasped.

The secretary lowered her voice, telling Mark in confidence that the decision was made to give him a less demanding position out of concern for his home life. It was never good for a man to be too far away from his wife. Surely he understood that? Mark nodded silently on the other end and shut off his cell phone. What choice did he have? He wanted to work for this company. It could possibly lead to future growth, right? He signed the offer letter and spent the next 2 years sharpening pencils and ordering office supplies. Mark Ashong had been passed up for one promotion after another because he refused to sleep with the President of the cellular and data company. It was standard practice if a man wanted to get ahead in this business, but he couldn’t degrade himself in this way. And that is how one of the brightest and best network engineers fell through Ghana’s development cracks.

You’re probably reading this and scratching your chin. How on earth could anyone allow this to happen, you may be asking yourself? The fact is scenarios just like this happen every day in cities and towns all over Ghana… and women – not men like Mark – are primary targets of such discriminatory treatment. Women in Ghana are discouraged from reaching their full potential for a myriad of reasons we are yet to make any true sense of. So far, the only justification for holding women back in the spheres of politics, education, spiritual leadership roles and finance is because it is the “natural order” of things…according to misogynists. And make no mistake: Ghana is overrun with misogynist philosophies, doctrines and policies.

I consider Nana Yaw Asiedu to be one of the most thoughtful and inquisitive minds on social media. He is one of the few people I have encountered who has invested the time to ask questions with a true desire to understand a point of view, and to do it with the utmost probity. It was he who asked:

Why is it taking Africans so long to realize the inseparable link between misogyny and underdevelopment?

Why indeed, when the evidence is so clear? Women comprise of 51% of the population and yet are subject to false cultural barriers to their development. There is a dearth of (wo)man power in many sectors that would bring wealth and development to the nation; but where we should be training girls to tinker and build automobiles and aircraft, we rather encourage them to sew and braid hair. There is nothing wrong with pursuing a profession in hair dressing if that’s your passion, but as any woman who has been on the receiving end of burned edges or 3 inches of hair chopped off by a bitter hairdresser will tell you, it would be much better if the coiffeuse had never set for in a salon! It’s devastating for all involved. Women must be encouraged to explore as many avenues as possible and not just acceptable/anticipated gender specific roles. 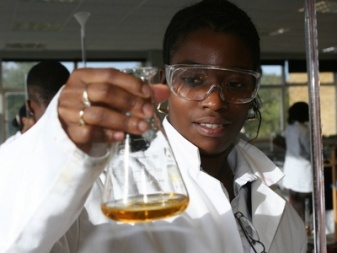 If we are truly serious about Ghana’s development, we must do away completely with misogynist attitudes, particularly in the realms of social justice and activism. We must begin to address the issues and causes that women champion by their merits, and not judge them by the workings of her vagina. It’s as if Ghana, the lips of a vagina have more power to communicate than the lips a woman speaks with. Whether she has given birth, the number of sexual partners (or lack thereof), or her presumed barrenness are indicators of her worth or whether she’s worthy to lead. Men have never suffered these confines – confines that do not even speak to character.

Ghana is losing yet another valuable and precious resource to the scourge of misogyny. The country is hemorrhaging talent via brain drain – and shockingly – within its own borders. We are killing talent and potential because men are too frightened to admit that a woman might be a valuable ally and too many women view themselves as merit-less. Let’s change this, before it’s too hard and too late to reverse the retarded course we’re on.

A nation can’t truly function unless ALL of its citizens have their rights respected and their potential maximized.

The Reveal: How Photographers Shoot Anyone Who Isn’t Thin, Able Bodied & “Conventionally” Beautiful