I'm super geeked to launch my new Mind of Malaka STORE! Check out my latest products and creations!
RHKOA

I didn’t work with Big Lou on Friday. It was decided that Samira and I would clean together that morning and that Hillary and her mother would pair up again. When Samira got into my car, she was ecstatic.

“Aww man! When I seen that email that come in last night that said we was working together,  I was TOO happy,” she gushed. “This is the way it’s supposed to be!”

Why was she so happy to see me if it meant she was going to have to work harder? And why was Tyranny riding to the site with us? I hope she didn’t plan on splitting our tips. That was NOT going down.

Samira seemed completely oblivious to my disagreeable mood. My answers were short and direct. At one point I turned on the radio so we wouldn’t have to talk, but she ignored the cues. She launched into a tirade about how awful it was to work with Hillary.

“Malaka, you just don’t know how bad it was,” she sighed. “All she wanted to do was boss us around and take charge. Then we got into over some Wendy’s. Got MyMomma and brother all mad with me over $3.00!”

She grabbed my attention with that last statement. Big Lou had told how Tyranny and Samira had tried to take advantage of Hillary and asked her to pay for their lunch at Wendy’s because they didn’t have any money. Hillary was desperately trying to get her money back…all $6.00 of it from the dastardly pair.

“I’m so sick of them!” snapped Bid Lou just a day before. “They always trying to bully Hillary, but she won’t let them.”

I took my eyes off the road momentarily and looked at Samira.

“Really?” I said, encouraging her to continue. “What happened?”

Samira went on to describe how Hillary had pulled up to the drive through window and asked if the two wanted anything to eat. They said no several times, because they didn’t have any money. Hillary badgered them relentlessly until they gave in and ordered a few items off the dollar menu. Hillary upgraded each meal.

“Now she callin’ my brother telling her that we was askin’ her for food and he mad at me!” cried Samira.

Tyranny  was playing on her DS, hemming and hawing in agreement where appropriate. To be honest, Samira’s version of events sounded much more plausible. Sure she rarely contributed to paying for gas while riding with me, but she certainly has never begged me for anything. It was all inconsequential. We had a house to clean and I wanted to make sure it was done right. I changed the topic to business. By the end of the next two hours, the homeowner was pleased and her house was in order.

I still was uneasy with Samira’s congenial chatter. Was she that two faced? I has asked her to babysit the kids for me that night, but now I wasn’t sure I wanted her anywhere near my house or my children. The whole affair had given me a headache and I cancelled my plans. I told Samira as much. She was disappointed, because she was looking forward to babysitting.

I smelled a dead fish.

“Samira, give me your perspective on what is going on,” I asked rather forcefully.

“Going on with what?”

“Big Lou said you were the one talking smack about me at the meeting,” I said, cutting to the chase. “You’ve heard me go on and on about people gossiping about me, but you’re acting like it wasn’t you.”

If it were possible, I believe Samira would have turned bright red in fury. Her lips tightened at the corners and her breathing quickened.

“It won’t me talking about you at the meeting at all!” she bellowed. “It was Hillary! She the one said you always messing up the people’s houses!”

Tyranny confirmed the allegation, saying she didn’t know who ‘Malaka’ was, but Hillary certainly seemed to dislike this person. Samira jumped back in.

“Matter of fact, Big Lou said Harriet should have fired you a long time ago! She said she didn’t know why she was still keeping you around…just ‘cause you’re her friend.”

I was stunned. My shock must have registered on my face, because Samira continued to unload details that she had withheld for days. Then she revealed something that was unforgiveable.

“AND she talks about your children! What kind of grown woman talks about other people’s children?!”

What kind of woman indeed.

I was relieved to hear that Samira was not the culprit, but I still couldn’t figure out what Big Lou and Hillary’s motivation would be for throwing me under the bus. I recall that Big Lou had told me that she and Harriet had had an intentional falling out with a ‘cousin’ a short while ago, because they didn’t want to babysit her kids. Was all this rumor mongering due to some slight I had brought against them? The grown up thing would have been to tell me so. I decided that night that this whole scenario was crazy, and far beneath me. I would work out the next week as I had promised and be done with the lot of them.

But the devil had other plans.

During the course of the night and the next afternoon, there were a series of calls made and texts sent between Samira, Big Lou and Hillary. It culminated with Gloria calling Big Lou and cussing her out (or attempting to cuss her out, according to Harriet). Where and how I got involved in all this is still a mystery.

I had two missed calls from Harriet, who was texting me. Big Lou had called me earlier to say she hoped I wasn’t offended by anything and that none of this should affect my friendship with Harriet of her kids and mine.

“Harriet loves her some Malaka,” she assured me.

I liked Harriet as well; very much, in fact. But this was all too bewildering.

“I am honestly confused, not offended Big Lou,” I said. “And it shouldn’t affect anything, because this is all crazy!”

When I got off work at the shoe store I returned Harriet’s call.

“I’m just trying to get to the bottom of this thing,” she said, trying to be diplomatic. “Gloria just called over here trying to cuss Momma out, and you know that wasn’t happening.”

“Cussing her out for what?” I asked.

“She said that every time Momma tells you something about Samira, you run right back to her and tell her everything.”

“Yeah, something about Lake Lanier and some other stuff.”

Of all the stories Big Lou has told me, she has never mentioned anything about Lake Lanier. In fact, I didn’t know she was chummy enough to GO to Lake Lanier with Gloria and her family. This was BS. I told Harriet as much.

“Okay fine,” she said. “But why did you go back and ask Samira about all the stuff Momma said? I thought you said you were going to drop it because it was “high school” drama?”

Wait. So this was MY fault because I wanted to bring Samira to the carpet for speaking disparagingly about me? I was incredulous, and I was yelling.

“Yeah I asked her! Because every time I turned around, your mom had more information about something she said!”

At that point Harriet informed me that Tyranny and Samira were fired and that was the end of that.

“Okay,” I said nonchalantly. “Have a good day.”

What did I care if those two lost their jobs? Still, something didn’t seem quite right. I sent Harriet a text 30 minutes later to ask if she could talk. She didn’t respond. I called her and she didn’t pick up. I chose to leave her a message.

Heyyyy, Harriet. Listen, I would love to hang out with you for drinks sometime or grab a bite to eat, but all this other stuff is just too much. I honestly don’t know what’s going on. It’s confusing, there’s so much drama and just crazy. And I absolutely don’t do crazy. I can’t be a party to this anymore. Okay? Talk to ya later!

3 hours later I got a text telling me to send in my time sheet, which I assume was code for “F*** you, you’re fired.”

Let’s not forget that I had already quit.

So that’s how my position with the Real Housekeepers ended, MOM Squad: in utter chaos. I tried to sort out how it came to this, and have come to the conclusion that I was nothing more than a pawn/casualty in these people’s petty personal ghetto skirmish. Samira called me on Monday, confirming my suspicions – or at least she would have, if Tyranny hadn’t snatched the phone from her.

“Gloria never said you were the one talking about Big Lou. She just assumed it was you because you were a common acquaintance to all of us. The person who was telling Samira everything Big Lou said was sitting right here when Gloria was cussing her out.”

I thanked them for calling and told them to have a good night. I didn’t know who to believe.

Was Samira just trying to play me to save face, or is she a decent young woman? Is Big Lou to culprit? Was she just stirring the cauldron the whole time just to create chaos or was she being honest? What was said that was so detrimental that Harriet would cast me off so easily? At the of the day, I was never really friends with any of these women. My friends know that if they tell me something in confidence, it stays with me. If I betray that confidence (or plan to do so), I always give a friend fair warning…and it will only be in cases where I feel that harm will befall my friend if I don’t share vital information. None of the information these women shared with me was vital, useful or noteworthy. It was petty and useless.

So so akata drama. Beh I’m better off without them anaa? You tell me. 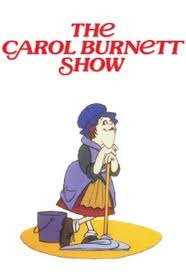