There we stood; a ragtag mix of children with short-cropped hair, brown and beige uniforms and shoes shined with that wonderful black polish my father kept in his room and that I sniffed in secret pleasure when he was away. He had angrily forbid me from doing this when he walked in on me with my nose buried in the tin. I didn’t understand his ire then, but I do now. How was I to know I was getting high? If he had just told me I was taking myself down the path of becoming a crack head, perhaps I would have stopped. Or perhaps not. That polish DID cause such a calming rush within me…

What was I talking about? Oh yes. The choir.

Perhaps this was only something that was done in my Christ-centered primary school, but there was a fair amount of fakery that took place within its walls. For ages we had a “basketball court” with neither balls nor nets, a “soccer patch” with no grass or goals, and now we had a “school choir” with no real singers. There was an important visitor coming from abroad who was touring our facility, and we were tasked with entertaining them.

I forget the name of my teacher at that time, but by day he was our Technical Drawing teacher and – apparently – a chorus conductor by night. I remember when he selected me to be a part of the small “choir” he’d cobbled together.

“It doesn’t matter,” he said sternly. He then told me I would sing soprano.

Anyone who’s ever heard my speaking voice knows how absurd this notion is. I have always had a deep voice, and it’s only gotten deeper in adulthood. I wanted to sing tenor, but he forbade it. He instructed me and all the other girls (for ALL girls are sopranos in Ghana’s primary school system) to sing like this. “This” was a horrid imitation of the mewing of a sack full of dying kittens. He demonstrated how he expected us to belt out the words to the hymns approved by our school’s Director. Mr. Technical Drawing waved his pencil (he didn’t have a baton) and sang our phrase with the pitch of a man having the juice squeezed from his balls.

It was awful, but come presentation day, the honored guest clapped her hands in delight and it all seemed worth it.

This is the sort of training female singers in Ghana receive. As a result, we have a bunch of “artistes” who do not sing within their natural range and produce really awful music. We pretend we like it, they keep performing, and society suffers. 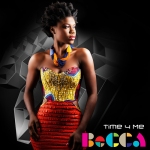 With the exception of Becca, Efya and Sena Dagadu, I can’t conceive of a single Ghanaian female artist whom I’d pay money to see, let alone buy an album from. That’s why I’m so blood excited to have been introduced to Noella Wiyaala.

Just look at her. Isn’t she stunning? 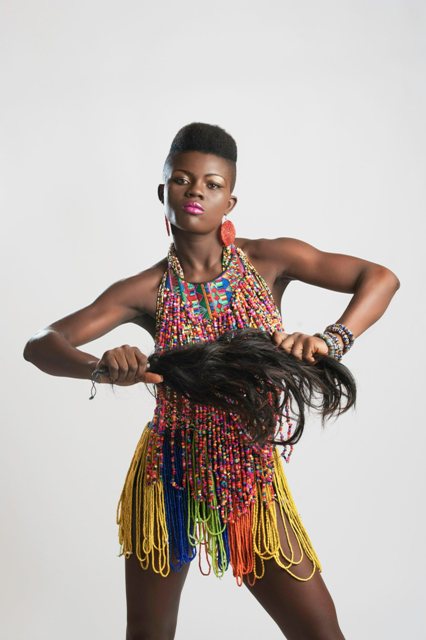 Her voice, her look, her vibe…it’s all so very refreshing. Everything about her is a departure from the cookie-cutter commercial mold that many Ghanaian women in the music industry try to force themselves into. Just like an alto trying to sing soprano, it just doesn’t work.

I only found out about Wiyaala a week ago via Anita Erskine’s Facebook page. Her story is truly intriguing, and I mean that in every 80’s feel good rise-to-the-top-from-nothing reference possible. She comes from the Upper West region of Ghana, a part of the country which is renowned for its natural splendor, but still mired in abject poverty and social amenities circa 1772.

As legend has it, she asked her mother to allow her to sing in front of a local bar in Tamale where she did so well that a crowd began to gather and give her mother money. Add a trip to the big city, a promoter, a little sprinkle of the internet and the rest is history! If this doesn’t have the makings of a Crush Groove: GH edition, I don’t know what does.

Wiyaala’s latest hit single is an anthem for the Black Stars in commemoration for the upcoming World Cup in Brazil. It has all the trappings of the success Shakira enjoyed with Waka Waka: This is Africa. Everything about Wiyaala’s performance of Go Go Black Stars…Goal! is right for the moment. Her look is modern and unique. The track has that thumping quality requisite for an anthem. And that voice! Good heavens.

Have you watched the video? Great. You may thank me now. J

So, What do you think of Wiyaala? Have any stars or causes risen to fame in association with football? (Or soccer for us Yanks) For example, I just learned about the #ProtectTheGoal Campaign that was trending on Twitter recently. It’s a cause to fight HIV/AIDS. Go ahead: Share and Discuss! ↓