I just got one of those calls that set my britches on fire. You know the ones that have you seeing red and looking at your own partner/spouse with a side eye, daring him or her to “try that mess if they want to”? Yeah. That call.

I have a brilliant acquaintance who has a degree in engineering. She and her partner have been together for almost four years and have a child together. I care about both of them deeply, but he became my friend because she was my friend first. He’s a nice guy: hard working and dedicated, but not very ambitious. He is comfortable in his job and has no designs to move up, move out or move on in order to earn more. She on the other hand has her life and its trajectory planned out for the next six years; but now the unplanned has happened.

Because she has poured so much into her work and performed her duties with such excellence, the VP of her organization has singled her out to take on a position he’s creating based on her skill set. She is thrilled, of course, but hesitant to take the offer because it requires a move to a small town. She knows that her partner is comfortable where they are and would not want to move. I’ve seen this scenario too many times. Heck, I even lived through it myself! The man is comfortable where he is, and the woman is supposed to kowtow and abandon her ambitions for his benefit.

I lived with resentment for this very reason for almost three years, which is the only reason I gave her this tidbit of advice when she asked me thoughts.

“Don’t be like me o! If you get a chance, take!” The words could hardly leave my mouth fast enough. “There are so many women who have left America – and their husbands – to return to work in Ghana and make a life. It’s not like you’re leaving the country. If he wants to follow you, he can. If not, he can just get an apartment as you suggested. Why should you suffer and lose out on an opportunity just because he’s not comfortable with it?” 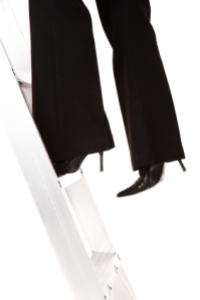 Why indeed? There has been a long standing tradition in just about every culture that expects women to drop everything – to delay their hopes, dreams and ambitions until a man figures out what he wants to do with himself. It is rare that a man has the gall, compassion, fortitude or whatever you want to call it to put his woman’s professional needs above his own…even when she’s the major breadwinner in the family (as it in this case). It’s rare, but it’s not unfathomable or impossible, which is why I don’t understand this dude’s deal! Two women who have trumpeted the unwavering support they have had from their husbands are Ruby Buah, creator of KUA and Tosinger. Can you imagine your wardrobe without a KUA bag, or your playlist without Tosinger’s happy-go-lucky melodies? I mean COME ON!

Ooooh, I’m so furious! Every day I look around me and I see women who have missed out on fabulous opportunities because of the sacrifices they are expected to make for children, family, spouses and mates. It sickens me. What’s even more stomach turning is the amount of vitriol that women who chose to do the very opposite are subjected to. I have a small number of friends and acquaintances who took the brave step to initiate divorce when their mates had become dead weight, and for that they were rewarded with ridicule and scorn (never to their faces, of course). I say bravo to them! A woman’s burdens in this life are far too heavy already to compensate for the failings of a man or his tender feelings on the matter.

There is an adage that says “Well behaved women rarely make history”. Let’s do a test. Grab a pen and paper and write down the names five prominent women. Go!

What were their attributes? Would you consider them daring and determined? What kind of obstacles did they face? Did they overcome them by playing meek and subservient, or did they attack and conquer them?

It’s already too late for me, but I’ll be damned if I let another woman live a life of mediocrity without putting my two pesewas inside her palaver. I’m so TIRED of seeing women walking down their individual boulevards of broken dreams, grinning and bearing it because this is what life for a “good woman” is “supposed” to look like.  My dear friend, if you’re reading this: Go for yours. The path to greatness is trodden by few. Don’t let ANYONE stop you from achieving and obtaining what is specially carved out for you!

Do you agree women are expected to make sacrifices for the benefit of others? Is it selfish for a woman to consider herself before her family/mate? What would you advise my friend to do in this instance? Better still, what advice would you have for her man? Discuss! ↓