Some people are so heavenly minded that they are no earthly good, and that includes quite a number of men who stand behind their Plexiglas or stained oak pulpits Sunday after Sunday. To say that they are “heavenly minded” is even being generous, in my books. These men are usually “budget minded”, conjuring up sermons in their sleep that will create the next wave of controversy and get tongues wagging and donations flowing in.

What easier way to do this than to play the pimp?

Oh, don’t be fooled! Many men of the cloth are little more than ordained neighborhood pimps. Why do you need 4 churches on the same corner? Why are so many messages focused on money? Why is Sunday morning STILL the most segregated time of the day in America? Why does every talk surrounding sexual purity begin and end with a woman’s responsibility in the matter?

In Africa in particular, men of any faith (and pick your poison) are not generally men of learning. They read a few books in even fewer genres and draw conclusions based on something they heard Kenneth Copeland or John Hagee say in 1988. Television, movies and music are bad…unless it’s Christian television. Let me tell you something about Christian TV, folks. It’s utterly irrelevant to a lost and dying world. People have real problems, and a cute Christmas story about how one boy lost his puppy who miraculously made its way home isn’t going to provide a solution to hunger, anger or poverty. 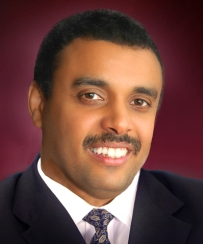 This guy is Ian Blankson as I dreamed him from my book, I swear!

I got on a rabbit trail. I’m sorry. We were talking Pulpit Pimps. Today, I’m focusing on the ridiculous utterances of Dag Heward-Mills. For the benefit of full disclosure, I have never heard the man’s sermons, read any of his books or sat through any of his messages. I only heard about him today when someone tweeted his parable about an apple and shared the same message on Facebook. I am completely open to the possibility that his words COULD HAVE have been taken out of context, but since these words were on HIS wall and he has full control over his messaging, I have to hold him accountable in that regard. Plus, he looks like the sort of man who would vehemently defend his misogynistic remarks. Or is there another, less insidious word to describe this? I can’t think of one.

As much Bishops, pastors and youth leaders like to talk about sexual purity, they have NO idea about what’s going down in these here streets, let alone what leads to two people between the sheets. And because they are willfully ignorant, the easy answer to all the ills that plague society because of “sexual immorality”, is to leave it at a woman’s vaginal opening.

How many times have we heard phrases like “Ladies, close your legs to married men” or forced girls out of school because someone got them pregnant? (For the record, I hate the term ‘fall pregnant’. No one falls and gets pregnant, like it’s a scab. Someone had to intentionally insert and inseminate.) It takes two people to have sex, but the burden of protection and in this case –purity – falls strictly on one gender!

A documentary entitled “72%” has recently come out, which follows single Black women and discusses the 72% rate of Black children who are born out of wedlock. I have made it a point to watch this documentary in the near future, because I’m curious to see what kind of spin – if any – they put on the subject of single Black motherhood. Despite the picture society paints, the number of women who willingly enter into single motherhood which is in itself the engine behind the wheel of Black poverty is very low. I’ve outed myself on this very blog on numerous occasions. I never WANTED to be an unwed mother. In fact at the time of my first pregnancy, I had just come off of two years of committed celibacy. Unfortunately, I met a sexual predator, whose prowess was so magnetic that a year and a few encounters later, I was at Northside with staples in my belly and a baby in the NICU.

If pastors really want to tackle sexual immorality and keep women from become bruised, half eaten apples, perhaps they would do well to address the men who are doing the bruising and eating! After all, does an apple get up and walk into somebody’s mouth? Tsewww. Swine.

Men of the cloth have virtually NO idea what kinds of things men say or the lengths they will go to to get a woman in bed. These extremes are all a part of the cycle of shame in our civilization. Boys are ashamed to be virgins and girls are ridiculed if they are not. And because boys are socialized to be aggressive and reared to have a sense of entitlement, it only makes sense for them to run out and sleep with as many females as possible!

If these pastors knew the kinds of mind games and promises that the average run of the mill man makes to “young, unmarried women” they would easily fall prey too. But of course, they don’t have to guts to ask. I understand that they are doing it from a heart of wanting to see family whole and all that good stuff, but until they are ready to investigate and address the problem from all angles, wish they as a group would just shurrap on the matter!

So, Bishop Heward-Mills and all those who follow this philosophy that women should be “pure”, please go and talk to your sons. And to the business men. And to the radio presenters. And to the gateman at the Port Authority. Share your message of sexual purity with them too! As always, I am here to help. That is why I have created this instructional video. Taking a cue from the bishop, I too have used fruit to help me with my illustration.